Written by Chi Chi Thalken on December 13, 2011
2011 has been a year of building blocks for Zero Star. The Columbus emcee started of the year with a three song EP, followed it up in the summer with a longer EP, and is now closing out the year with a full length album. With only one album to his name prior to this year released in 2006, it certainly signifies a step up in commitment to his music. Everything he’s released up until this point hinted that something special is coming. 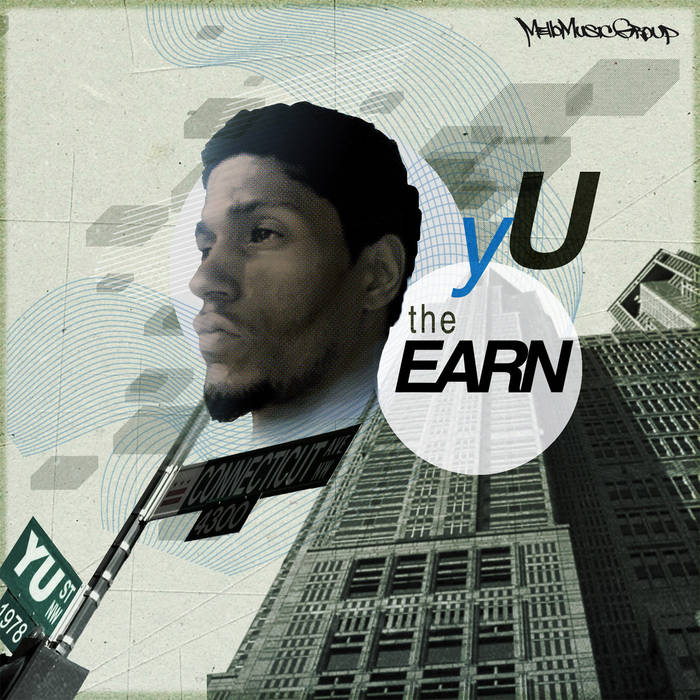 D.C. emcee/producer and Diamond District member yU emerged as a solo artist last year with his debut release Before Taxes. A lot of people slept on it (including this publication), but it was a very strong debut from a mature artist with clear vision. In case you still haven’t caught up with him yet, yU came right back with a sophomore effort that’s even stronger than his first. the EARN is an incredibly complex album that features a top tier emcee painting a stark portrait of a struggling artist in a period of nationwide economic strife.

Written by Chi Chi Thalken on December 8, 2011
Vancouver emcee Moka Only is one of the most prolific artists of his generation (he’s released four this year alone). You’d think putting out that much music would mean we were getting stale or mediocre material. However, listening to his collaboration with Swiss producer Chief, everything sounds as crisp and energetic as ever. I don’t know how he keeps it up, but Crickets is the latest in a long line or quality Moka Only projects.

Mayer Hawthorne - How Do You Do

Written by Chi Chi Thalken on December 8, 2011
I’m always going to have a soft spot in my heart for Mayer Hawthorne, because I’m always going to remember that cold, rainy October day in Austin when I was getting cabin fever and decided to take a chance on an act that had just been signed to Stones Throw. Red 7 didn’t have a large crowd that night, but those that did brave the rain were treated to a really fun show.

People Under The Stairs - Highlighter

Written by Chi Chi Thalken on December 7, 2011
People Under the Stairs have been mainstays on the L.A. scene since the mid ‘90s, and they aren’t about to get stale or go away anytime soon. The duo of Thes One and Double K have just released their eighth full length album, and Highlighter sounds as fresh and exciting as anything they’ve done. PUTS have created a sound that has a throwback party vibe, but they update it with plenty of obscure samples, really tight production, and live instrumentation.

Written by Chi Chi Thalken on December 7, 2011
Proh Mic is one third of the electro-funk/R&B group Hawthorne Headhunters, but he’s been recording as a solo artist for a few years as well. He works on Rhythm For Days as producer/songwriter/arranger/multi-instrumentalist/vocalist, but that doesn’t mean he did everything on his own. Far from it - we get guest appearances from Georgia Anne Muldrow, Uncle Imani (of Pharcyde), Coultrain, Tone Trezure, Paolo Jean, Jessica Neal, and Jimetta Rose. Proh Mic appears to have visions of grandeur with this album, but unfortunately, the album doesn’t live up to these hopes.

Written by Chi Chi Thalken on December 5, 2011
After releasing the brilliant Rappers Will Die Of Natural Causes earlier this year and touring with JNaturaL, Open Mike Eagle decided he has more to say. To follow up his album, he’s decided to release a series of four EPs, each one using a remix of a song off of RWDONC as a starting point. It’s an interesting twist on the major album follow up, and given the quality of Eagle’s album and the artists he’s collaborating with, I’m definitely excited to see where this series takes us.

Written by Chi Chi Thalken on December 5, 2011
Normally, if someone was releasing material at the rate that Adam WarRock does, I’d be a little concerned that the level of quality. However, even though it seems like WarRock releases and EP or mixtape every other month, everything sounds well thought out and produced. While much of his material can be categorized under the subgenre of nerdcore, this EP veers more toward his traditional hip hop side, in both sound and subject material.

Written by Chi Chi Thalken on December 5, 2011
Georgia Anne Muldrow has emerged over the past few years as a unique talent. The prolific artist has worked as singer/songwriter/producer to combine elements of hip hop, soul, jazz, R&B, gospel, and rock to form a sound that is all her own. After an extremely busy 2010, which saw the release of three albums, she has returned this fall with an album dedicated to her mother. The parallel that best fits with Owed To Mama Rickie is Erykah Badu’s New Amerykah Part One and New Amerykah Part Two.

Written by Chi Chi Thalken on December 2, 2011
Lateef the Truthspeaker has been around for quite a while. As one of the founding members of Quannum Projects, he’s been a part of groups like Latyrx, Maroons, and The Mighty Underdogs. If I approached this album with caution, it’s only because Quannum has lost the luster it once had. I attended the Quannum World Tour in 2004, which featured Blackalicious, Latyrx, Lyrics Born, Maroons, Lifesavas, Gift of Gab, Joyo Velarde, and DJ Shadow.