Yelir is a producer from The Bay who is part of the Children of Funk collective. He’s been releasing music for nearly a decade now, with his latest project, You Asked For It, coming out three years ago. Now he’s back with a new full-length album, The Unemployment Office.

Looking at the cover to The Unemployment Office, it appears to be making a statement about the lack of employment opportunities for musicians during the pandemic, along with the lack of a safety net for gigging independent musicians. This is certainly a great idea for an album that leaves a lot of room for exploration, but unfortunately, Yelir doesn’t explicitly explore these ideas with his music. Not that anything’s bad here – there are a lot of great soul-sampling West Coast boom bap grooves to get lost in, and Yelir is skilled enough producer to take these laid back sunny vibes and give them a little bit of an edge. He also does a great job of developing his melodies to keep the songs memorable as you’re making your way through. There are a couple of guest emcees that make appearances on the album, but to the earlier point, their rhymes aren’t on any particular theme with the album – it’s more like they’re just rhyming about whatever was in their heads. This is fine, but it just adds to the feeling that this album feels more like a random collection of hip hop tracks than a carefully planned album with a theme. The one thing that really doesn’t work, though, and completely disrupts the flow of the album is the inclusion of a couple of vocal clips/skit/interlude tracks that seem to be riffing on this Yelir/Old Yeller idea. The problem here is that he’s relying on clips that are specifically about the fictional dog, which doesn’t have anything else to do with anything on the album, and in doing so it also brings the momentum to a halt each time he does it.

The Unemployment Office is a good effort from Yelir, and there is a lot of enjoyable instrumental hip hop to be found here. Ultimately, though, it’s just a little frustrating to listen to because it’s not as good as it could have been. Hopefully he can come back with a more focused effort the next time around. 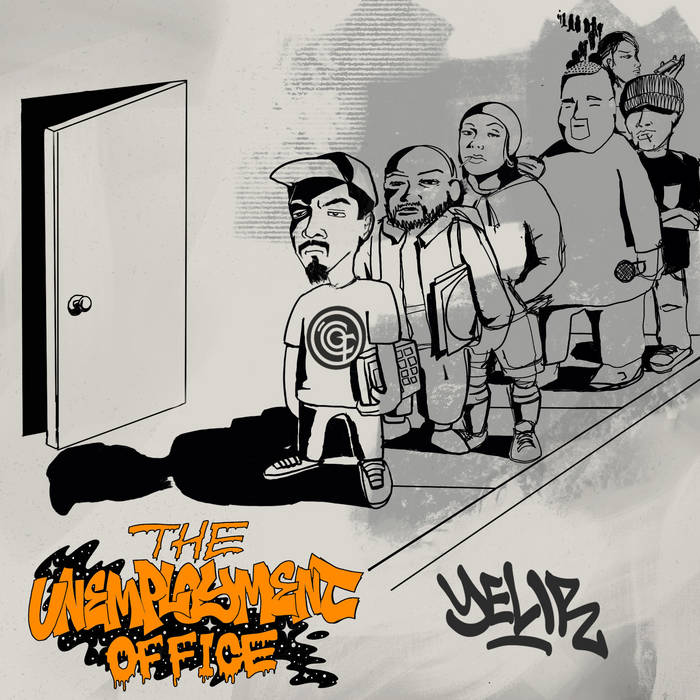