For the album, Joshua Virtue is handling all of the production minus one track, “Coinstar Blues,” which is produced by Malci. The overall feeling of the album is the hip hop equivalent of free jazz, like UDABABY is drawing upon influences like the Art Ensemble of Chicago, but also a group like Antipop Consortium. Not that they sound like either group specifically, but the spiritual connection to these groups is alive in UDABABY. It’s a wild ride without much in the way of pop song structure to hold onto, but there are so many musical and lyrical gems along the way that it feels like a game of musical whack-a-mole. Each time you think you’ve got something figured out as a listener, UDABABY pops up somewhere else and takes things in a completely different direction. On the mics, Davis and Joshua Virtue are bobbing and weaving, giving you lyricism that is just as complex as the music, moving between abstract poetry, pop culture references, personal confessions, and sharp cultural critiques. As a result, it’s an album that you should listen to all the way through at least once or twice without stopping it so you can absorb the work as a whole, but then you might want to go back through with your fingers ready with the pause and rewind buttons so you can start to catch all of these tiny details that UDABABY are packing into each song.

UDABABY LP is a really strong full-length debut that most importantly doesn’t sound like anyone else going right now. There might be a musical cousin or two out there, but Joshua Virtue and Davis are really carving out a lane for themselves as UDABABY. 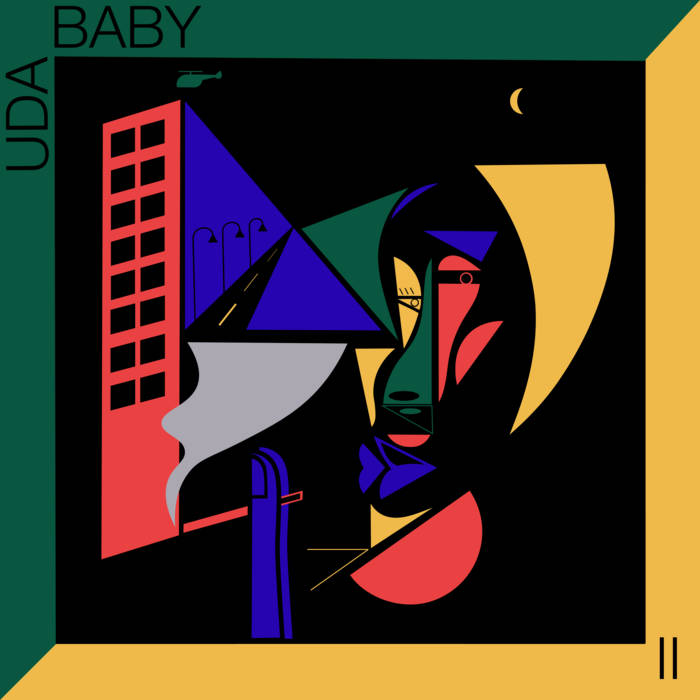