Twit One is a producer from Cologne, Germany who has been releasing music for over a decade now. Over the years, he’s worked with people like Miles Bonny, Juju Rogers, and Suff Daddy, just to name a few, all while maintaining a steady solo career. In fact, his last full-length album, Audda Control, came out in November of last year. Now he’s back with a new 10”, Prelude to a Disaster.

When you listen to a release like Prelude to a Disaster, you can see the difference between a veteran producer who has put in the work over the years, who understands the full scope of the craft, versus a green artist who is just pumping out beats and content. This isn’t to disparage any young producers out there, but to gently encourage them to listen to artists like Twit One to see how much further they need to go with the music. That’s because on paper, Prelude to a Disaster is pretty simple and straightforward. It’s just ten relatively short downtempo tracks, but what makes this release worth your time is that Twit One is giving you a lot of variety within those ten tracks. It’s all got a generally pleasant jazzy hip hop vibe to it, but Twit One is giving you a different look with each track and developing things so that the music is in motion, even if the track is only a minute long. That means that from track to track, the focus might be on guitar on one song, electric piano the next, and vibraphones the next. He’s also not just staying at one tempo or one rhythmic pattern. When you put all of this together, a short release with a nice vibe becomes a really fulfilling listening experience, one that you can keep going back to and pick up on all of the little nuances that Twit One is laying down.

Prelude to a Disaster is a really solid release from a veteran producer in Twit One. Even on a short and sweet release like this, he’s putting in the work to add the layers and the variety to make it a really rewarding listening experience that you can keep returning to. 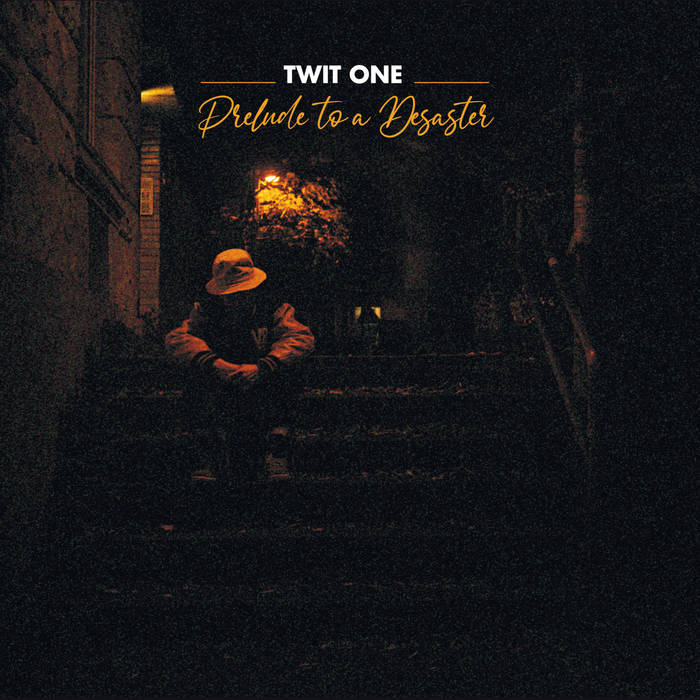