TekForce is an artist form Dallas who emerged through the Nerdcore scene in the mid-2010s. His most recent album came in 2019, when he released his first instrumental project, Teknically Beats Stage 1. Now he’s come back with another different look as he presents his latest album, Child of the ‘80s.

If you tell someone you’re making an ‘80s-inspired hip hop album, their head might go any number of places. After all, this is a decade that started with hip hop sounding like Grandmaster Flash and the Furious Five and Kurtis Blow and ended up sounding like Public Enemy and De La Soul. I know this is an oversimplification, but you get my point – hip hop sounded like a lot of different things as it emerged and developed through it’s first decade as part of mainstream culture. For TekForce, he decided to go in something of an electro direction with his sound, that early to mid-‘80s synth heavy, dance friendly style made popular by acts like Afrika Bambaataa and Herbie Hancock. TekForce produces much of the sound of the album himself, but he does bring in a few friends such as Michael J. Pena and Daren Kongdu Wilborn to help round out the sound. He also brings in a few friends such as T-Wrex, J. Waiters, and Ambush Vin to hop on the mic and join in the nostalgic fun of the project. Now, if TekForce just wanted to have fun and drop some ‘80s references and just let this live as a novelty project, that would have been his prerogative and it would have been perfectly fine. Fortunately, TekForce goes deeper than that. After a couple of tracks of fun shit-talking and sci-fi role playing, the album really opens up with the modern day paranoia of “They Watchin’,” where TekForce goes in on how much privacy we’ve given up over the years in the name of convenience and advancing technology. He gets real about the struggle to not be broke in the age of late stage capitalism on “Too Much,” and he gets real about the pandemic and the toll it took on his mental health on “Knowing’s Half the Battle.” J. Waiters delivers some beautiful vocals on the chorus of the introspective relationship song, “Let it Be.” By the time you get to the end of the album, you’ve moved from nostalgic novelty to a well-rounded hip hop album that just happens to have a particular to sound to it, and in the process it becomes something you can listen to over and over and find something new to enjoy each time.

TekForce has quietly rounded out his catalogue in some really interesting ways over the last few years, and you can no longer neatly fit him into a box. Child of the ‘80s didn’t have to be as good or well-rounded as it is, but TekForce put a lot of himself into it and as a result he made a really good album that doesn’t immediately sound like a lot of other hip hop being released right now. 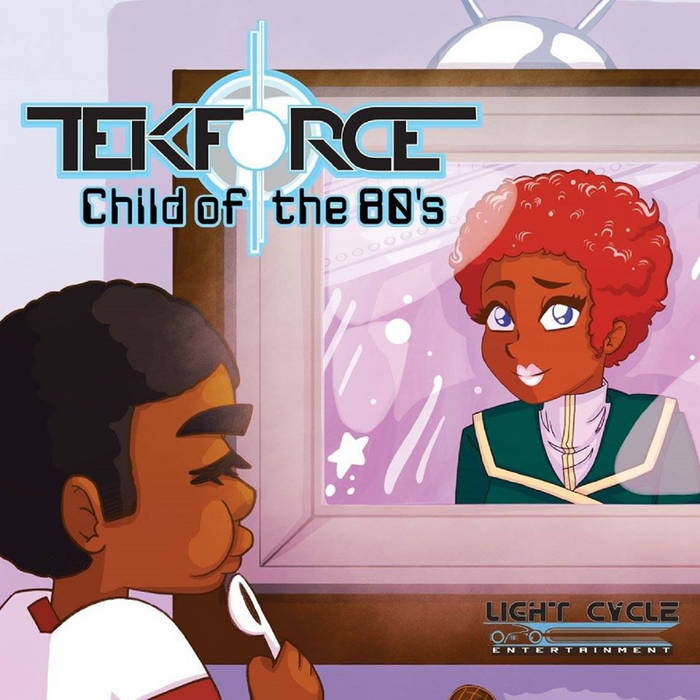