Ill Poetic is an emcee/producer originally from Ohio, but now based in San Diego. He’s been putting out music since the mid ‘00s, and over the years he’s worked with everyone from Illogic to Blitz the Ambassador to Chris Orrick, just to name a few. His last full-length solo album came in 2017, when he released An Idiot’s Guide to Anarchy. Now he’s back with a completely different type of project, an instrumental album called Portfolio I: As Serious As Your Life.

Ill Poetic didn’t set out to make an instrumental album like this. He initially sat down to actually make a portfolio to show to other artists so that he could show them his breadth and ability as a producer, composer, engineer, and visual artist. As he began to work on the project, however, the global pandemic happened, along with the passing of his own mother, and suddenly Ill Poetic found himself working through a lot of emotions and as a result he channeled it into his music. The result of all of this is Portfolio I: As Serious As Your Life. The title comes from a 1977 book by Val Wilmer about the Black Free Jazz movement, and while this isn’t a free jazz album, Ill Poetic is taking inspiration and casting aside any musical rules about genre and composition and just figuring out what feels right to convey the complex emotional journey he’s been on recently. As a result, we get an album that ranges from hip hop to prog rock to jazz-fusion to R&B to post rock to electronic music to cinematic film scores and everything in between. It’s the kind of album that you really just need to sit with. Put on your headphones, press play, and then just let go as Ill Poetic takes you on this journey and slowly all these different pieces will begin to come together and make sense. It’s the type of anything goes album where one minute you might be digging on some dope rhymes courtesy of a guest appearance by Devin Burgess, and then a few minutes later you might be swept up in a soaring guitar solo. The key to making this all work is that Ill Poetic is incredibly patient and smart with his compositional choices, and while he might take you on some unexpected twists and turns, nothing ever feels out of place because the choices were made very deliberately to fit the greater vision of the album and to convey this emotional journey.

Portfolio I: As Serious As Your Life is a complex and challenging instrumental album, but full of great rewards for the listeners willing to spend the time with it. It’s adventurous and daring with its production and composition, but it’s the deeply honest emotional resonance that will have you coming back for repeat listens to discover something new each time through. 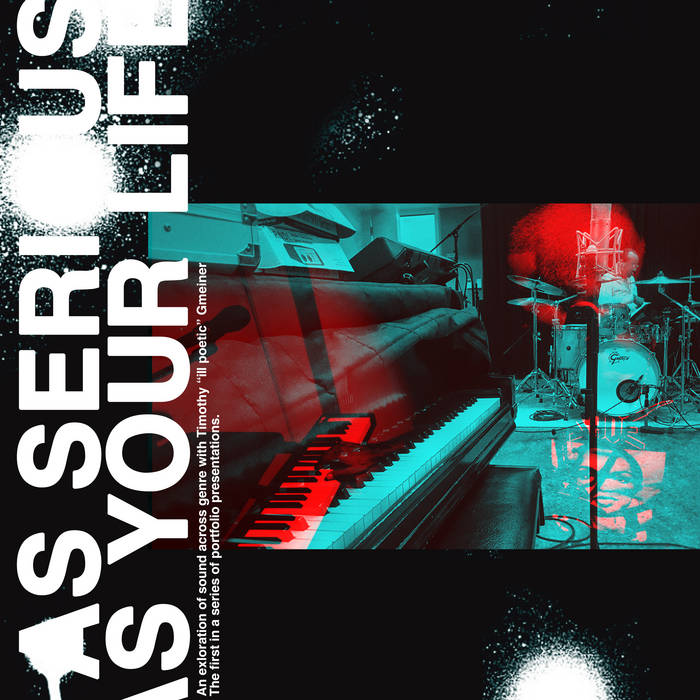 Previous: TekForce - Child of the '80s Next: Sankofa - Floodgates