Shitao is a producer form Paris who is part of the ASP crew alongside Pi-Pol and akabrownsugar. As a solo artist, he’s been putting out music for about the last fifteen years. His last release came in November of 2020, when he released Aleph, a concept album in which Shitao composed a soundtrack to the Jorge Luis Borges short story. Now he’s come back with another concept album, Mono.

If you’re going to make instrumental hip hop albums these days, it helps if you can come of with some sort of hook to inspire your creativity and to give your album shape as a way to stand apart from the pack. In the case of Shitao, these soundtracks to stories seem to give his music just the shot in the arm that they need to bring you in as a listener. In the case of Mono, Shitao is giving you the soundtrack to an unwritten science fiction story, in which our main character is traveling on a spaceship but forced to make an emergency landing on the planet Mono. When he wakes up, he finds that his controls no longer work and all the windows are broken, but the rest of the spaceship is intact. With this strange introduction, he packs up his supplies and sets out to investigate the planet. This is an interesting hook for a sci-fi story, but how does it play out as an instrumental album? Quite well, actually. Shitao clearly has all the basics down in terms of how to write some downtempo hip hop tracks that slap, but what he does with a project like this is take that formula and then filter it through this cinematic sci-fi lens. In doing so, you get these tracks that are reminiscent of sci-fi scores of the ‘50s and ‘60s, with just the right amount of eeriness and wonder, but then given this modern touch that allows you to bob your head along as you imagine our explorer trekking across this planet. What makes this work especially well is that Shitao is really developing his tracks so that you’re not getting some spooky beat samples, but rather some fully formed songs. He’s also giving you enough variety that you can really imagine the different scenarios suggested by the song titles and let your imagination run wild while you’re listening to it, and he’s sequenced it in such a way that you can really imagine the ups and down of the story.

Mono is an interesting project from Shitao. He’s found a way to give inspiration to his instrumental projects so that you’re not just getting the same old generic hip hop beats a million times before. He’s taking you on this cinematic journey with some really well-thought-out compositions. 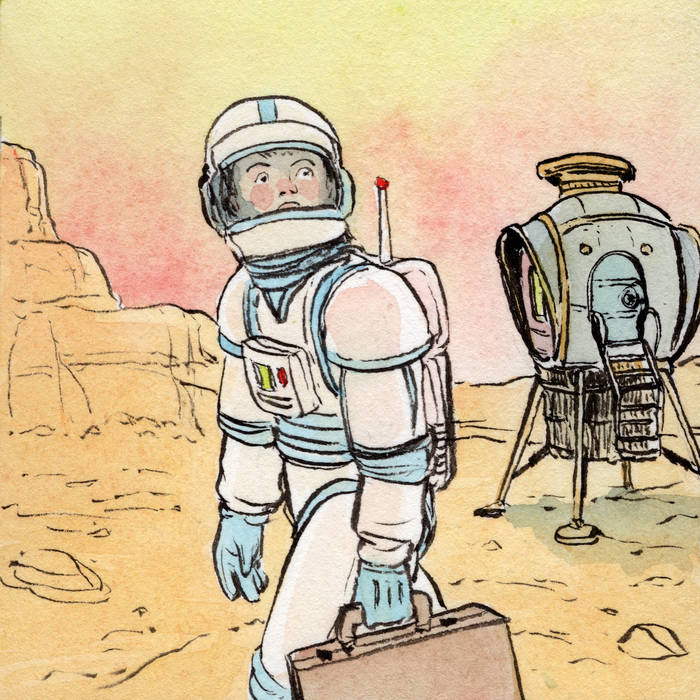