Rejoicer is an artist from Tel Aviv who has recently had a run on Stones Throw as a solo artist and as part of the group Apifera, who just released their covers project, 6 Visits, earlier this month. Now Rejoicer returns with a solo project, Voodoo at Home.

Recorded between the Stones Throw studios in Los Angeles and Rejoicer’s own studio outside Tel Aviv, Voodoo at Home is more or less a jam session between Rejoicer, who is handling drum programming, sampling, and keyboards, and Nital Hershkovits on keyboards, and Amir Bresler on drums, bass, and sitara. Describing the conditions of recording the album as a “very smokey, high-THC, introverted, weird-out the aliens landed atmosphere,” you would not be surprised to learn that Rejoicer has given us an album that leans heavily in the directions of jazz, psychedelic rock, and underground hip hop, often blending all three together at once. In lesser hands, this could easily turn into self-indulgent, endless noodling. However, Rejoicer is a talented and experienced musician working with two trusted collaborators that he’s worked with before, and so while there is plenty of room for experimentation on this project, and they are most certainly pushing the boundaries of genre, they also know how to edit themselves and keep each song focused enough that you don’t lose interest in what they are doing. This is a great album to listen to on headphones, when you can really let go and just get lost in the music for a while and let the creativity and chemistry of these musicians take you on a journey.

Voodoo at Home is another solid entry in Rejoicer’s discography. He’s working with talented musicians that he can trust to carry out his vision and help him experiment and find the beautiful grey space between all these genre boundary lines. 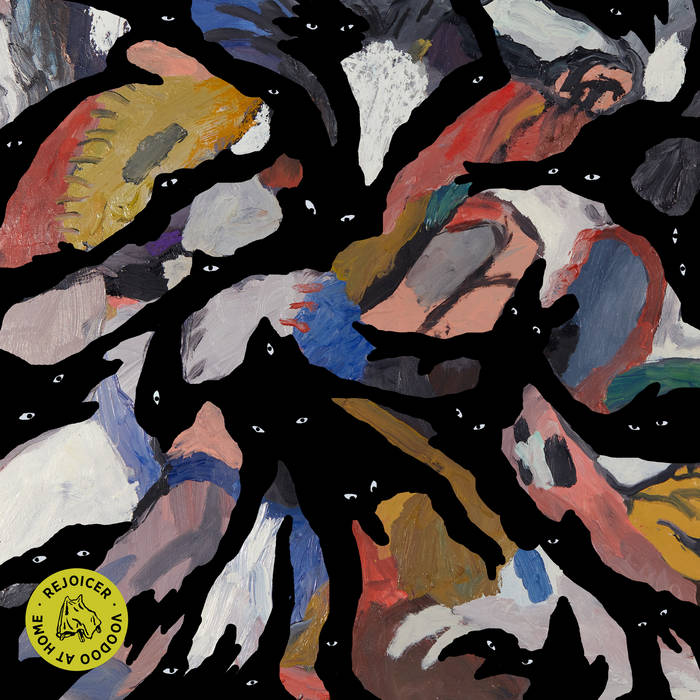