Raw Poetic is an emcee/producer from D.C. who first came up in the mid-2000s as part of the group Panacea. After the group broke up, he started working on different solo projects in the 2010s, working with different artist like Kev Brown and K-Def. In 2020, he worked on one of the most unique projects of his career when he teamed up with his uncle and jazz legend Archie Schepp and producer Damu the Fudgemunk to release an album called Ocean Bridges. Now he is back with an ambitious new album that builds upon that foundation, Space Beyond the Solar System.

For this project, Raw Poetic is both rapping and producing the entire album, but he’s also bringing in Archie Schepp, bassist Luke Stewart, and guitarist Pat Fritz to provide some live instrumentation. He also has Damu the Fudgemunk is doing everything from providing background vocals on one track to do post-production, arranging, music direction, mixing, and mastering. This is all to say that while the dynamics and roles might have shifted a bit, Space Beyond the Solar System is very much in conversation with Ocean Bridges in terms of its overall sound and its expansive approach to hip hop. Over the course of the album, this begins very much to feel like a true jazz/hip hop cross over, in the way that the songs have complex structures that keep evolving and expanding, taking you through several movements within each song. The songs are long, clocking in anywhere from three minutes to twelve, with the closing track, “Anecdote Island,” coming in at a whopping twenty-three minutes. Individually, though, there’s so much motion, clever arrangements, and so much creativity and charisma from Raw Poetic on the mic, you don’t really mind the length when you are listening to a particular song. Nothing in particular drags, and there aren’t any weak songs throughout the album. That being said, when you put everything together, you have an album that is clocking in at two hours in length, and no amount of creativity can overcome the ability of people to maintain their focus and listen to it all in one sitting. It’s certainly an ambitious idea, and I applaud Raw Poetic and Damu for taking the risk, but I can’t help but wonder if this would go over with more hip hop fans if it was broken up into two albums and released separately, so that we as listeners would have an easier time digesting everything and wrapping our heads around the complex musicianship and vivid poetry of Raw Poetic’s lyricism.

Space Beyond the Solar System is Raw Poetic swinging for the fences, and certainly his most ambitious project to date. It’s extremely creative and there are all sorts of amazing musical moments throughout the album. However, it’s hard to tell how many listeners are going to have the patience and focus to take this all in as one two-hour album. 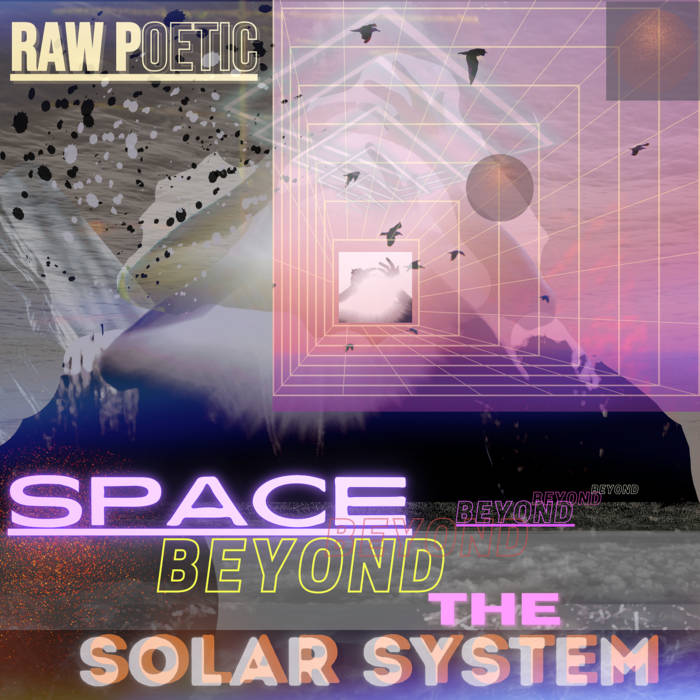