R.A.P. Ferreira, fka milo, has had a bit of a nomadic career over the years, but these days he’s calling Nashville home. Over the last decade-plus, he’s been one of the most consistent artists, both in terms of quality and the rate at which he’s been turning out music. After releasing the Light Emitting Diamond Cutter Scriptures just about a year ago, he took a moment to pursue his new blues project under the name Crow Billiken. Now he’s back with a new R.A.P. Ferreira project, *5 to the Eye with Star*s.

Over the course of his career, we as listeners have become accustomed to a certain level of grand ambition from Ferreira with his projects, whether it be working with a certain producer to have a unified sound, or carefully crafting his lyrics so that everything is airtight and packed with meaning. In listening to 5 to the Eye with Stars, it almost becomes refreshing to not immediately hear that with this project. Instead, there is a certain type of relaxed feeling to everything. Working with a range of producers that includes Daddy Kev, Rose Noir, Joe Nora, Basico, ZOCHI, Kenny Segal, D-Styles, Wylie Cable, and Frythm, we get a nice mix of beat styles, from the familiar spaced out lo-fi downtempo stylings of Segal, to the experimental underground boom bap of Daddy Kev. Not only does this give a nice little shake up to the soundscape, it also pushes Ferreira out of his more familiar rhyme patterns as well, and even encourages him to just be a little more loose with it. As a result, you get a R.A.P. Ferreira project that hits on the notes you’ve come to expect over the years, with plenty of philosophical introspective rhymes, but you also get a lot more fun and playful hip hop from him as well, which we haven’t had in a minute.

5 to the Eye With Stars might not be one of the grand landmark albums from Ferreira’s catalogue, but it will probably be one that you end up returning to periodically, if nothing else, because it’s just fun to listen to. Sometimes you just need to let your hair down and remember that this music thing can be fun. 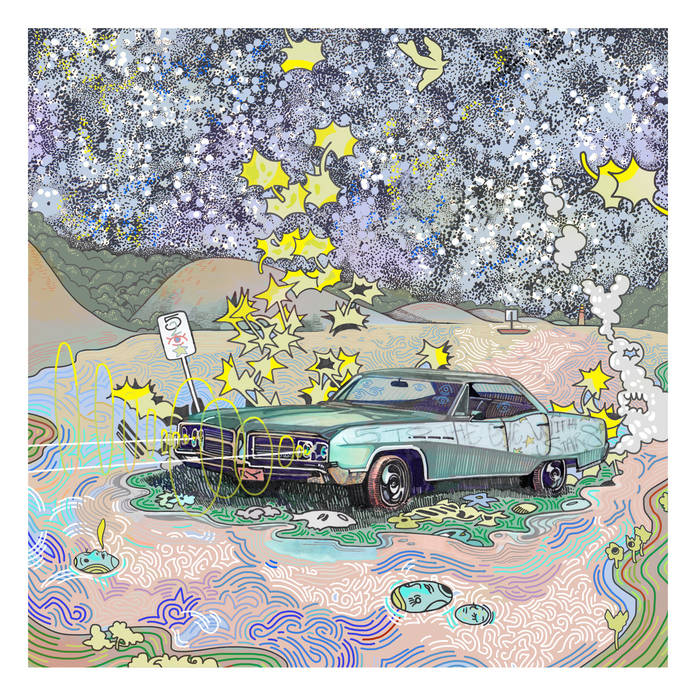