Randal Bravery is a producer from Milwaukee who has been releasing music since the mid-2010s and who is also part of the Ruby Yacht crew. His last album, Weed-Head, came out in October of last year. Now he has teamed up with Chicago artist and Why? Records co-founder Joshua Virtue to release a new album, Spectacular!!

If you’ve spent time with either artist’s music, you know you’re getting something abstract with this album. Bravery has been making these psychedelic left-field downtempo beats for years, the kind that always make you feel like you’re floating in space. Virtue hasn’t been releasing music as long, but within the last three years, he’s also released some pretty adventurous hip hop projects, whether it be as a solo artist or as part of a group like UDABABY, whose 2021 self-titled LP was one of the more adventurous avantgarde hip hop projects of last year. Together, they feel like a natural fit, with Randal Bravery cooking up these beats that fall somewhere in between Odd Nosdam and Kenny Segal, where you bounce back and forth between these moments of beautifully calm ecstasy and bizarre moments where it feels like the rug is being pulled out from underneath you as he uses subtle rhythmic changes and audio effects to keep you on your toes. On the mic, Virtue is cutting through the noise with a clear and direct delivery and keeping his phrasing short so that you can hear every word that he says. However, his message is less direct, giving you this mix of abstract poetry and thought-provoking imagery that leaves the listener to piece together these ruminations on race, gender, sexuality, and more. What really makes the album work is that way that Virtue and Bravery complement each other, creating this style of hip hop that really makes you focus on the interplay between the music and the words.

Spectacular!! is a challenging and exciting album from two artists who love pushing hip hop to the weirder edges of the art form. Nothing about this album is going to be simple, but for those looking for some hip hop that requires you to listen closely and force you to sit and think about what the music means and how you feel about it, this is for you. 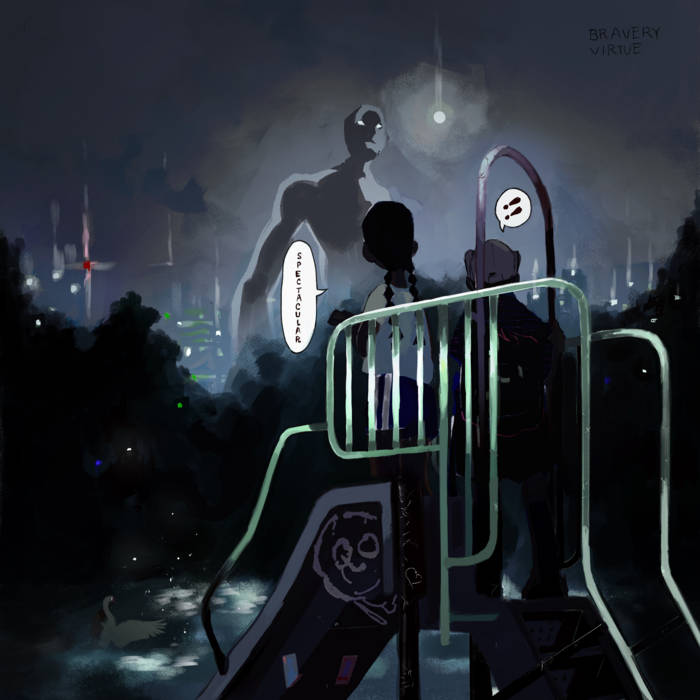