killer kane is a producer from New Jersey who has been releasing music since the mid-2010s. Recently, he has come on a lot of hip hop fans’ radar by working on projects with artists like Sleep Sinatra and Rich Jones. His most recent project was a solo release just this past January called Drifting Upstream 2. Now he’s back with a full-length instrumental project, BIG MAN, little table.

There are a lot of different ways for producers to release solo projects. In the case of BIG MAN, little table, killer kane has opted for the Donuts model, meaning that this is comprised of a lot of short tracks with different musical ideas, but when you listen to it all in order in one sitting, it comes together to create a bigger musical idea. In general, kane is working in the soul-sampling boom bap school of production, but he’s digging deep for all sorts of interesting source material, and he’s getting creative with all of the different approaches one can take within this mode. He’s layering material, finding interesting elements that juxtapose in unexpected ways, and he’s keeping his rhythmic patterns varied and fresh across the album. It’s one of these projects that seems simple when you first start to listen to it, but as you stick with it and more and more different looks start coming your way that you realize what a well-developed and fun project this really is.

We already knew that killer kane could produce some dope tracks for some talented emcees based on recent EPs with Sleep Sinatra and Rich Jones. What you might not have known, however, is that killer kane can hold his own with an instrumental project that is rich, nuanced, varied, and just a lot of fun to listen to. That’s exactly what he’s given us with BIG MAN, little table. 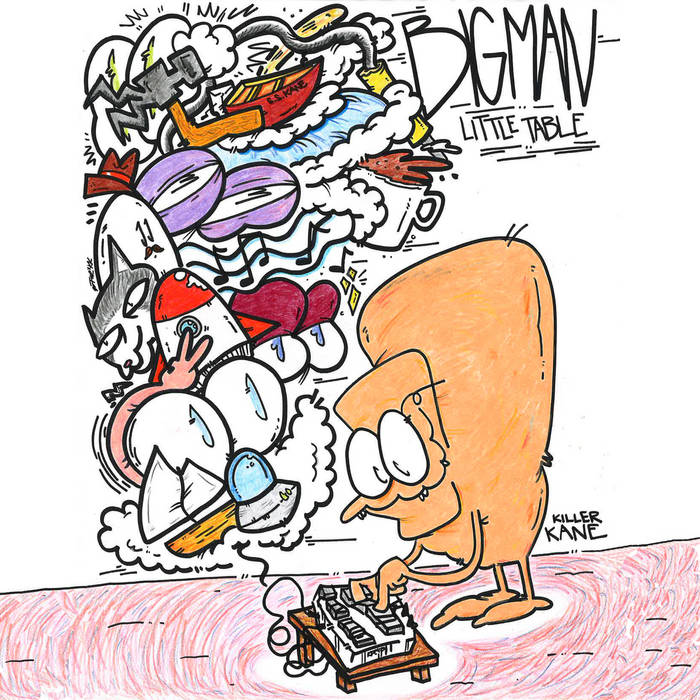