Jon Rogers is a producer from Columbus, Ohio, formerly known as Maggz. With a career going back over ten years, he’s worked with everyone from Rene Dion to Moka Only, as well as maintaining a solo career. His most recent release came in 2020, when he gave us the beat tape, 8-Pad Technique. Now he has returned with one of his most interesting projects to date, Athletic Manuvers.

Athletic Manuvers is a short release, with nine tracks clocking in at just over ten minutes, but Jon Rogers manages to do a lot in that time period. That’s because Rogers is carefully crafting a sonic universe within this space, taking you back to early electronic compositions of the ‘80s, with these layers of synths providing the backbone of the project. Rogers uses these short compositions to build some tension and suspense, and then he lays down some very carefully selected audio clips from various sporting events, all which are meant to create some excitement about the competition that is about to happen. On paper it might not look like much, but Rogers is so meticulous in crafting this, he is really able to draw you by teasing you with these clips and the atmosphere of his synthesizers. It’s all so compelling, I was completely caught off guard by the ending the first time I listened to it, because I was so drawn into this world so quickly.

I don’t know if Jon Rogers is going to build upon this in any way, or if this is just a one-off, but Athletic Manuvers is way more interesting and complex than you’d expect a short release like this to be. Rogers really knows how to pack a lot of emotion and information into a small space. 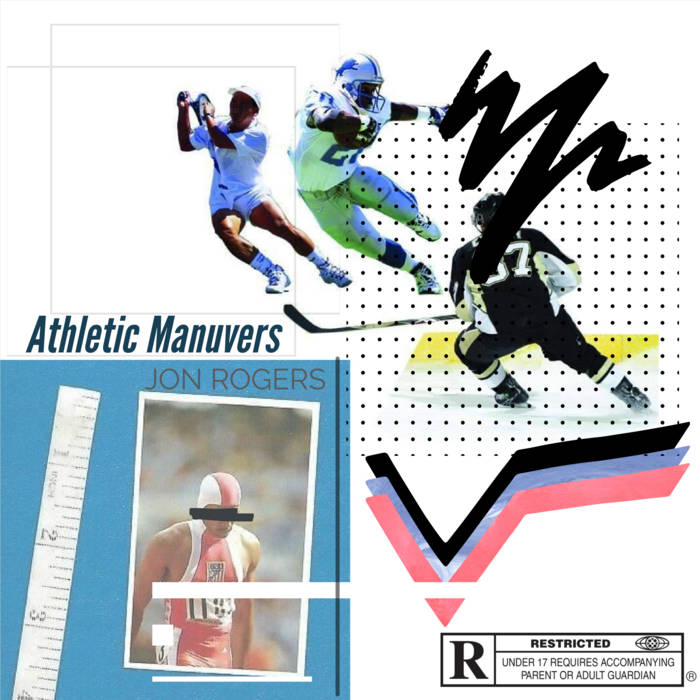 Previous: Werkha - All Werk Is Play Next: Ebi Soda - Honk If You're Sad