Hugo Kant is a producer/composer from France that has been putting out music for about ten years. Most recently, he was tapped to participate in Ian Urbina’s Outlaw Ocean music project, to which he contributed the Seven Seas EP. Now he’s back with his fourth full-length album, Far From Home.

Over the course of his last couple of albums, Hugo Kant has been exploring this theme of travel and exploration. It’s not explicitly laid out, but through the combination of art work, song titles, and the music itself, we can see how his last album, Out of Time, tells the tale of an astronaut who is lost in space. Now on Far From Home, the astronaut is stranded on some alien planet. What this means in a practical sense is that Kant is delivering this really cinematic style of instrumental hip hop, with a lot of lush orchestration and funky beats, with some key vocal samples here and there to give you just enough information to get the wheels turning in your head, so that you can then write the rest of the story yourself as the songs unfold. Now all of this is great, but even without all of this extra information, Kant is still just giving you some beautiful instrumental music that really stands alone on its own merits. The arrangements are really smartly done, with well-developed melodies that will stick in your head and layers of sound that give you a really rich and full listening experience without ever sounding too busy. There have been guests on past projects, but this time around it’s just Kant. You won’t really notice, though, because again, his arrangements and compositions are so engaging and varied and developed, you’ll really get lost in this cinematic instrumental hip hop and just let your mind wander as the music bounces around your head.

Far From Home is another excellent album from Hugo Kant that really demonstrates what a special talent he is. He’s giving you a listening experience that will make you forget about the real world for a minute and take you away to a planet far away as some funky beats and lush orchestration plays all around you. 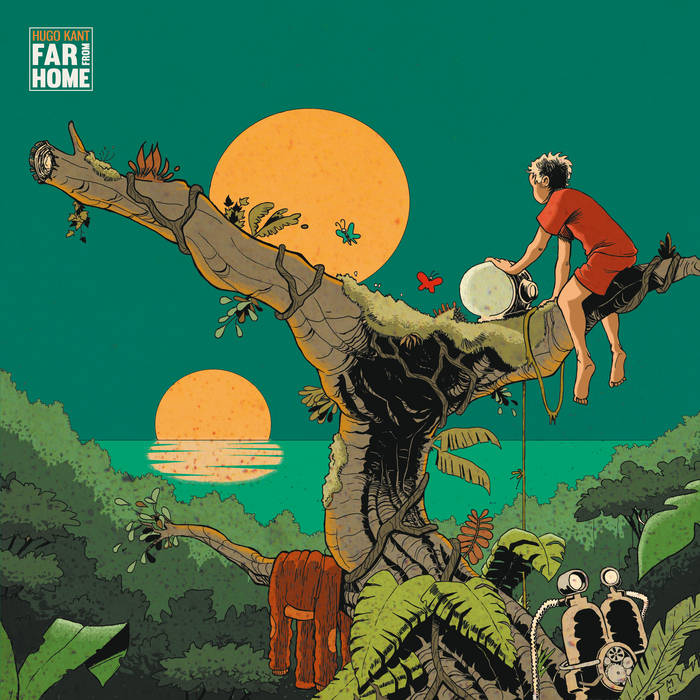