Happy Tooth is an artist from Columbus that has been releasing music for about the last ten years, probably best known for his collaborations with Dug, as well as his solo material. His last solo album, I’ve Been Meaning to Write the Meaning of Life, came in 2018. After working on some collaborative projects, he’s back with a new full-length album, The Laughter’s Rehearsed.

For the production on this album, Happy Tooth turned to Columbus producer Bum Theory, who also produced his last album. As a result, this album very much feels like a continuation of IBMTWTMOL, with a mix of soul and funk running up against new wave and indie rock, all filtered through a hip hop lens. It might sound a little weird on paper, but in practice, it works very well, and everything is sequenced in such a way that all these different influences feel in conversation with each other. It also means that Happy Tooth as an emcee has great chemistry with Bum Theory’s production, and he’s able to feel out these different beats and know how to manage the push and pull of his lyricism to match the music perfectly. The album opens with a one-two punch of “u gud” and “Eat the Rich,” which deliver these funky off-kilter new wave beats while Happy Tooth balances his self-deprecating sense of humor with some critiques of the music industry and capitalism to get you warmed up. When you get to track three, though, “This Won’t Age Well,” a sparse midtempo beat allows Happy Tooth room to open up and be really personal and vulnerable in a way that allows for this deep connection with listeners. Over the course of the album, the general theme that’s being explored is the idea of holding yourself together and trying to convince yourself that everything is fine, when really you feel like the whole world is one fire. It’s the “laughing to keep from crying” for 2021. What makes this album special is the way that Happy Tooth is able to open up and give you the full gamut of emotional and musical experiences as he does this internal/external examination. He makes the bold choice in the middle of the album to include a spoken word piece about his late father called “Morse Code,” which will give you an emotional gut punch. From there, he eases you back into the album, gradually ramping things back up until you get to the barn burner closing track, “WTWAP,” which stands for “When the world’s at peace.” Bum Theory does some great flips of some soul samples that he’s able to draw a ton of energy off of while still making the beat all his own, which sets the stage perfectly for Happy Tooth to showcase his skills as a frontman as he delivers his vision of a better tomorrow.

The Laughter’s Rehearsed is a great follow up to I’ve Been Meaning to Write the Meaning of Life. Happy Tooth is a well-rounded artist who can move from the humorous to the political to the vulnerable and back again with the greatest of ease. He also found a great collaborator in Bum Theory, who matches Happy Tooth in style and tone each step of the way. 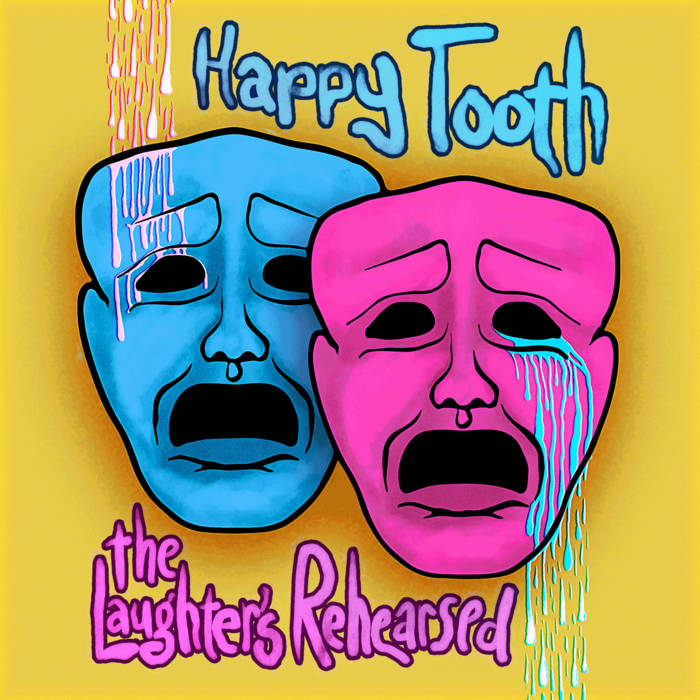