GRAHAM77 might not be a name you know, but there is a chance that you know the French producer under his previous name, Lilea Narrative, or perhaps as one fourth of the electronic production team Cotton Claw. Any way you slice it, after a nice run in the mid-2010s, it’s been a minute since we got a proper project out of him. That all changes now as we get the debut GRAHAM77 release, First of All, on Cascade Records.

When you listen to the opening track, “Funky Freaky Fog,” you might think you have the album figured out, with it’s cool, sophisticated, synth-driven house groove. It’s got a really infectious beat, great melody, and it’s really well developed. However, when you get to the second track, “Keep Smile,” with it’s lush downtempo vibes and cool laid back beat, which is just as every bit sophisticated, you realize that this album is going to go much deeper and become much more complicated, musically speaking. Composed mainly on analog synths, GRAHAM77 is not just getting some unique sounds out of his equipment, he’s forcing himself to be engaged and clever with his arrangements. He’s not just sitting back, riding out a beat, and adding simple flourishes here and there. He’s really taking the time to plot out these gorgeous electronic compositions and develop them into these beautiful musical journeys. Sometimes they might be more dance oriented, feeling like sweaty bodies coming together on a humid summer night, but other times it might be moodier downtempo, or borderline ambient, where you just have to sit with the music and let it wash over you and build around you. Whichever direction you’re headed, you’re in good hands with GRAHAM77.

It might have taken a little while to get here, but when we finally got First of All, it was clear that GRAHAM77 took the time to do everything right. The album is creative, smartly constructed, and just full of absolutely stunning and emotional electronic music. 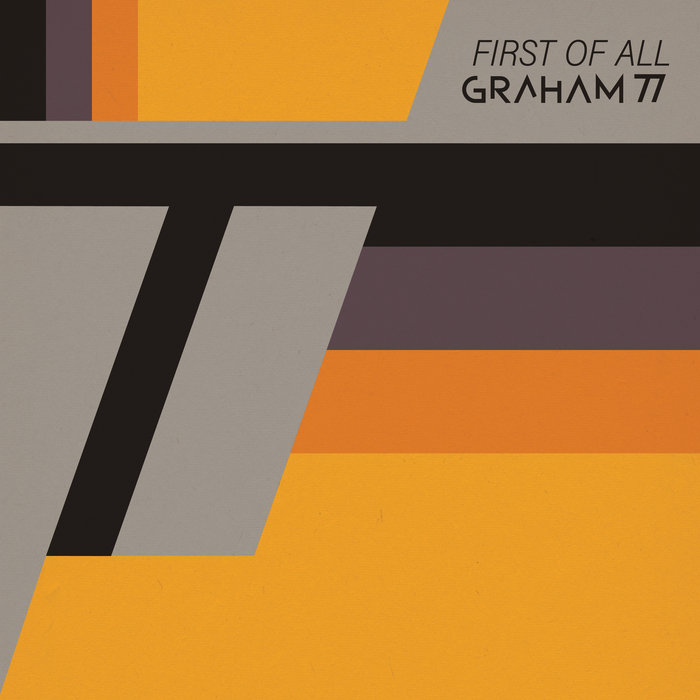 Previous: 700 Bliss - Nothing to Declare Next: GrandAce - Skydeck Suite Collection