Foolish Immortals is the duo consisting of Toronto artist Birdapres and Vancouver artist Jeff Spec. Both have been releasing music for over twenty years, with Spec splitting time between a solo career and working with groups like City Planners and Soviets. The two have now joined forces to drop their first album together, Illustration.

If you’ve spent the time with these artists, you know that it wasn’t that much of a stretch to imagine what they might sound like together as a duo. They are both rap nerds with a penchant for the abstract, with wry senses of humor, so it makes sense that for their first album together they kept it loose and just played with loops and made each song feel like a cypher session where they could bounce around from the inane to the sharp social observation to the personal and then back again. On the production side, they play with a lot of psychedelic samples, but they do a great job of picking some really interesting bits of music that might highlight a particular guitar riff for example, or some nice heavy drums, cooking up something funky and maybe just a little off kilter, and then letting it ride while they hop on the mic and start trading rhymes. At eight songs long, Foolish Immortals aren’t trying to do anything too grand with this release, just rocking some solid underground beats and having fun with the verbal gymnastics these two can get down to on the mic.

Illustration isn’t trying to reinvent the wheel. This is just about two veterans who have traveled in similar circles finally officially pairing up as a duo and having as much fun as they can making hip hop together. They have great chemistry together and they made a really entertaining debut with this album. 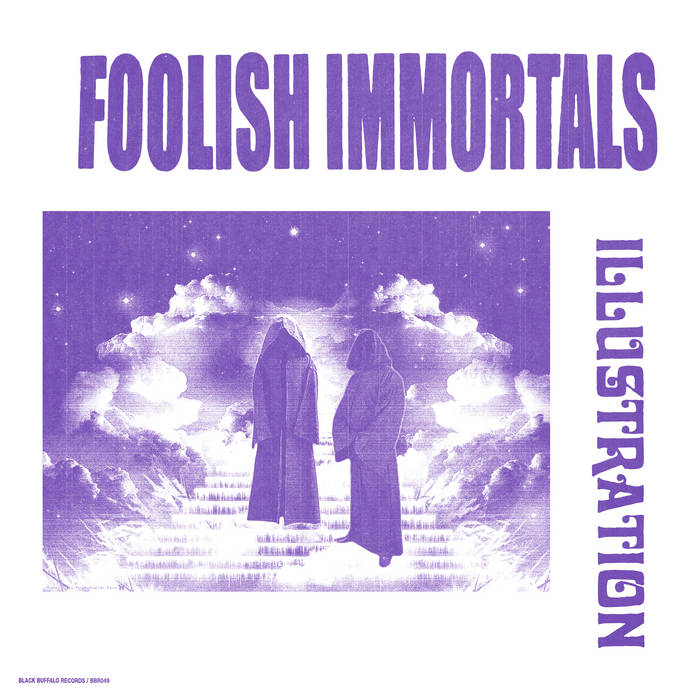