Emapea is a producer from Poland who started releasing music in the mid-2010s, with a great run on Cold Busted Records. Stateside, he’s probably best known for his 2020 collaboration with L.A.’s Kid Abstrakt, Jazzy Vibes. Now he’s back with a solo instrumental album, Bees, Trees and Flowers.

If you’re not already familiar with Emapea, don’t worry, because Bees, Trees and Flowers is a great place to dive in and get started. From the jump, Emapea is hitting you with some heavy and funky drums, paired with some thumping piano and killer horn hits with just a touch of eeriness that hints at Deadringer-era RJD2. Not to worry though, because Emapea isn’t just aping RJD2, he’s also veering off into some trip hop and dub and downtempo as well, reminding you of the give and take of influences across the Atlantic. Most importantly, though, Emapea knows how to make some instrumental songs that are fully developed and take you on a journey across the course of the album. Emapea can deliver some great grooves, but he’s not just building around the one groove, he’s putting these grimy boom bap beats in dialogue with these trippy spaced out beats and then folding in the dub and bringing that back around to the boom bap and finding some brilliant connecting points that makes everything flow together and keep the party going. It’s an album you can absolutely groove to and throw on any track at a party, but it’s also an album for the heads who will love to dig into all of Emapea’s clever sample flips and rhythmic interplay.

A lot of the time, when producers drop projects like this, they turn out to be nothing more than a simple beat tape. It’ll be enjoyable up to a point, but not developed enough to have you coming back time and time again. With Bees, Trees and Flowers, Emapea has given us an enjoyable instrumental album that bumps, but is also complex enough to have you coming back for repeat listens and discovering something new each time through. 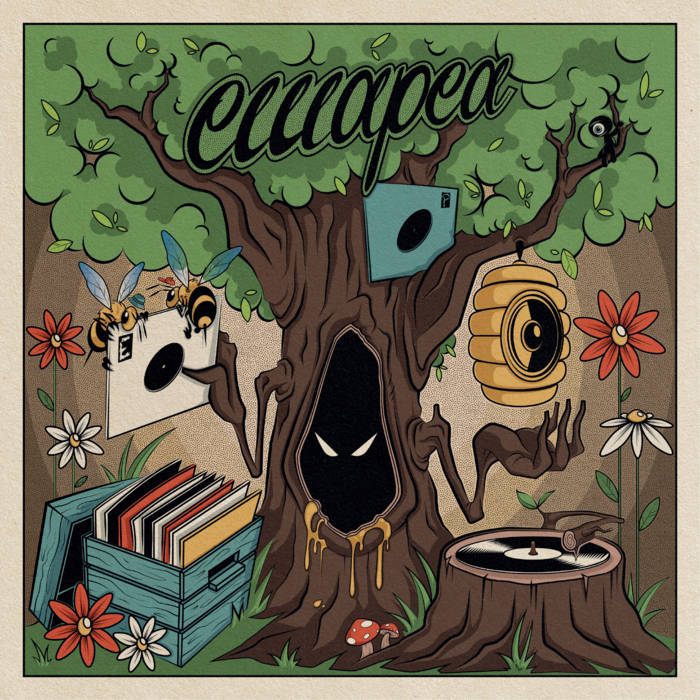