You might know him as Dudley Perkins or as Declaime or as both. You might know him from his many solo albums, and you might know him from his albums with Georgia Anne Muldrow. What you might not know is that way back when, he was just a young dude in Oxnard that wanted to sing and rap, and he happened to be friends with a young producer by the name of Madlib, who was just starting to make some waves with a group called Lootpack. What a lot of people outside of their immediate circle aren’t aware of is that these two actually recorded a substantial amount of material in the early to mid ‘90s. Now that music is finally seeing the light of day with the release of In The Beginning Vol. 1.

Listening to a project like In the Beginning Vol. 1 is interesting, because it’s exactly what you’d expect, but not what you’d expect at the same time. It’s exactly what you’d expect in that this album sounds like what underground hip hop on the West Coast sounded like in the mid ‘90s, and Declaime’s voice sounds almost identical to the way it does now, with his low resonant voice and laid back flow. What you might not expect is just how fully formed this all sounds. Sure, there are pieces here and there where you’ll catch a lyric and think, “Declaime would have written that better today,” or you might catch a piece of production and think “Madlib would have cleaned that up or flipped that sample in a more sophisticated way today,” but for the majority of the album, you’ll just be listening and vibing out and thinking, “Man, this would have been in my rotation in ‘96 when I was discovering how weird hip hop was getting on the West Coast.” It sounds good and the ideas are fully formed – this isn’t some pieced together collection of demos. It’s an origin story, but you won’t be listening to it on a purely academic level. You’ll be bumping this in your car stereo because it sounds really good and these two have chemistry together.

I don’t know how many more volumes we’ll get, but In The Beginning Vol. 1 is an exciting place to start. There’s the reward of being a long time fan that gets to trace back how both Declaime and Madlib have evolved over the years, but there’s also just the enjoyment of some really solid West Coat underground hip hop that bumps. 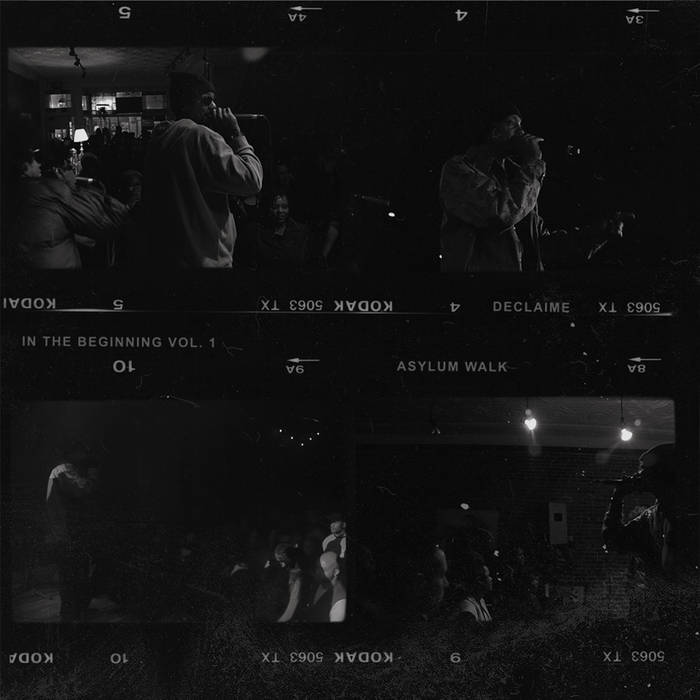