ALXNDRBRWN is a producer from Baltimore who has been putting out music for a couple of years. He got on most people’s radar when he made his debut for Strange Famous last year with an instrumental project called The Alex Brown Project. Now he’s back with a different type of album, Glow Kid.

Glow Kid is a posse album, with ALXNDRBRWN steering the ship with his production, while a large swathe of the Strange Famous roster stop by to make an appearance and drop some dope rhymes. The list of guests include Sage Francis, Mopes, Jesse the Tree, Swell (of Metermaids), Buck 65, For Me, Blackliq, Cas One, and Seez Mics, with Buddy Peace providing all the scratching on the album as well. A lot of the time when producers make vocal compilation albums like this one, there’s always one or two guests who come real generic with it, or even drop an offensive line or two that can take the whole project down a notch. Other times, the project can just feel disconnected from track to track. Fortunately, that’s not the case with Glow Kid. Instead, there’s a sense of friendly competition, like they all got word of who else was going to be on the album and maybe heard a verse or two, and as a result, everyone came with the creativity and honesty on the mic to really elevate the production that ALXNDRBRWN is throwing down. Not only are all the beats with guests really dark and inventive underground beats, we even get a couple of instrumental tracks to really let his creativity shine as he crafts these interesting left field boom bap beats. Most notably, ALXNDRBRWN finds a way to keep his beats coherent across the album while also introducing enough variety that you never feel like the album is becoming predictable from track to track, which then lets all of these emcees shine.

Glow Kid is a solid vocal compilation album from ALXNDRBRWN. In a short amount of time, he’s making the case for himself as one of the most talented producers in the indie hip hop scene, and he comes with some really creative beats on this album. 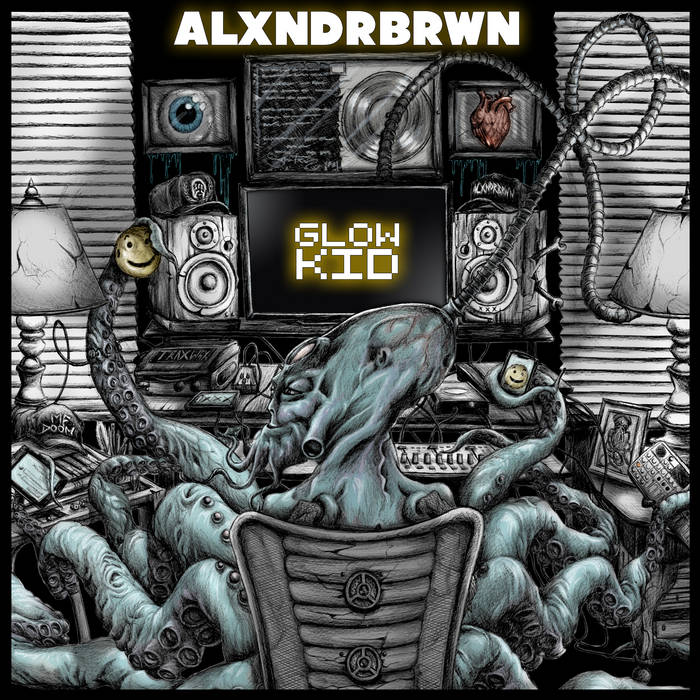