Air Credits is the Chicago duo of emcee ShowYouSuck and producer Hood Internet. They released their first album, BROADCASTED, back in 2016. In more recent years, they’ve been working on their WASTELAND RADIO NEW ARCHIVES series of EPs, an interesting concept where they imagine and create archival recordings of a dystopian future. Now they are back with a new project focused on the present, Believe That You’re Here.

There has always been a need for science fiction and the ability to imagine a dystopian future, but in the five years since Air Credits started releasing music, that dystopian future has started to look more and more like a dystopian present, so why not make a project about what’s happening right now? As you press play on Believe That You’re Here, you get ushered aboard a flight that is about to take off as Hood Internet begins to craft a soundscape of distortion and mechanical sounds and a voice (provided by Jill Hopkins) preps you for the journey you’re about to go on. Once you take off, you’re in for a quick-yet-impactful journey. Hood Internet gets somewhat meta with this project, as he looks to the past to draw upon forward-looking groups from the late ‘70s and early ‘80s to inform this analog synth and drum machine-driven sound. In doing so, he’s able to create this interesting contrast between this feeling of panic as the machines feel like they are taking over, and a feeling of wonder and optimism of what this new technology might accomplish. ShowYouSuck then steps up to the mic to provide the humanity of the project, but it’s not a pleasant humanity. He speaks to the increasing paranoia that a lot of people live with today, since we’re dealing with scenarios like a global pandemic and an ever increasing loss of privacy online. Even when the music gets a little warmer and softer, such as on “Time/Space,” with the great addition of Lili K’s soulful vocals, we get a chorus of, “Get ready, ready/World so heavy, heavy/Break the levy, levy/ Now the water’s all around/What is even real anymore?/What is even real anymore?/Nothing is for sure.” It’s a bleak project, but it’s also a necessary project that speaks to our times.

Sometimes its okay to not be okay, and sometimes you need art to reflect the fact that you’re not crazy, it is really bad outside right now. With Believe That You’re Here, Air Credits have given us a soundtrack to the worry and paranoia of what its like to be living in uncertain times in 2021. 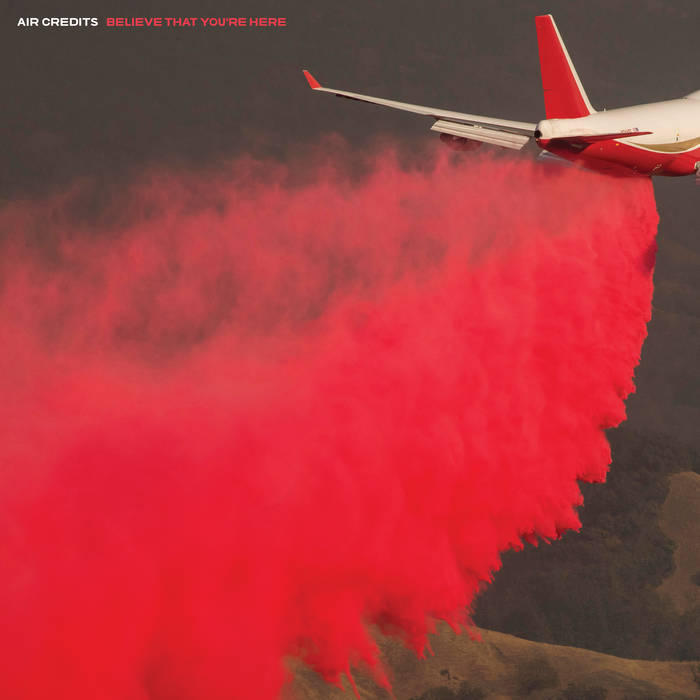