Vex Ruffin is a producer/vocalist from Chino that has been releasing music since the early 2010s, and who joined up with Stones Throw in 2016. Since that time, we’ve gotten an album and a couple of EPs out of him, helping him to establish his own unique musical voice along the way. The most recent was Emilio, which just came out this past May. Now he’s back with his most personal and ambitious project to date, a full-length album called LiteAce Frequency.

When Vex Ruffin was a kid, his family moved from Northridge, California, to Manila. When they got there, the first vehicle they bought was a Toyota LiteAce compact van. Now grown and living back in California for quite some time, Vex Ruffin found himself wanting to reconnect with his roots, his childhood, and the music that he grew up on. What this means in a practical sense is that he’s using ‘70s Manila Sound and Pinoy Soul as sample sources to build around. If you’ve spent time with his catalogue, you know that Vex Ruffin has created a lane for himself with these lo-fi hip hop/indie rock/soul/dub records, really intimate music that always sounded like he recorded in bedroom onto a four-track with minimal equipment. Going into LiteAce Frequency, Ruffin hasn’t completely abandoned this style, but he has livened things up and gotten decidedly funkier as he works in the Pinoy Soul. That said, he’s not about to turn into George Clinton or Sly Stone all of a sudden – he’s still this introspective artist without a big voice, but it does create this interesting tension and new musical space for Ruffin. The recording style is still lo-fi, this time setting up shop on his kitchen table, and he’s singing about his childhood, his heritage, and the family he is now raising in California, switching between languages as he does so. Bringing in this vintage funk and soul from the Philippines and working it into this style, we end up with a style of music that sounds somewhere between ‘90s Beck and Panda Bear. It has decidedly more edge than previous projects, but it’s still not entirely something that you’d want to throw on at a party. It’s a project that you want to devote some one-on-one time with, to really soak in the musical and emotional journey that Ruffin is laying down as he makes sense of his own musical and cultural upbringing to this point.

LiteAce Frequency is a fascinating album, and a huge step forward for Vex Ruffin. He pushed himself outside of his comfort zone, but also managed to stay true to himself at the same time in creating this album, which is no easy feat. 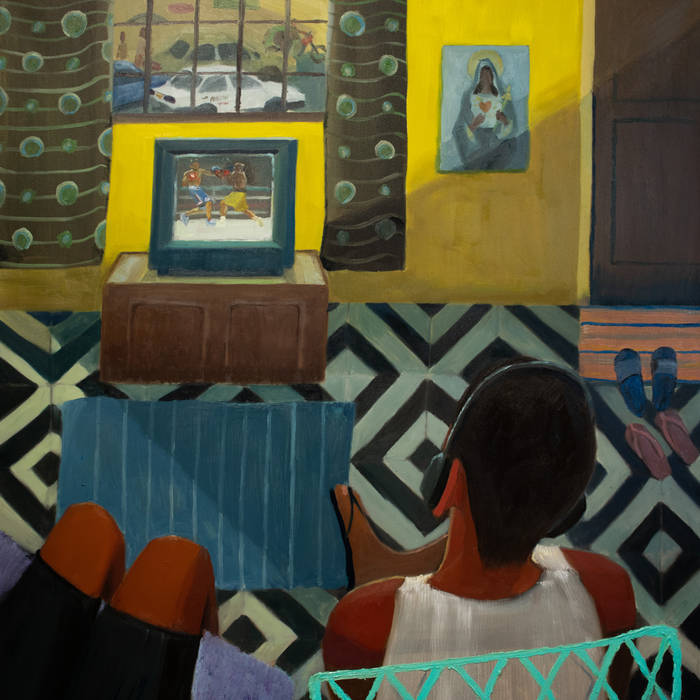