Fang Over Fist Records is a collective label based out of Flagstaff, Arizona, consisting mostly of Native artists using hip hop and other genres to speak to their lived experiences. One of the tent pole acts of the collective is the duo known as An Illustrated Mess, consisting of emcee Prosodic and producer Whatever Cecil (now known as Tsoh Tso). After releasing their debut album, Does It Matter?, in May of 2016, Fang Over Fist came back in December 2016 to release the debut EP of an artist named Tré Orona, Fuxgiven, also produced by Cecil. Over the next few years, Orona would continue to show up on subsequent An Illustrated Mess projects and whatnot, but we never got that proper follow up to his EP. The wait is finally over with the release of his debut album, Dead Renaissance.

As it turns out, this album was originally slated as an EP, with a target release date of late 2019. When life got in the way and pushed the project into 2020 and then the pandemic hit, Orona and Tsoh Tso decided they might as well continue working and processing everything around them, and next thing they knew, they had a full-length album on their hands. It turns out that this is quite the blessing for Orona, because now listeners have a chance to really get to know him and develop that deeper connection with his music. As you work your way through the album, Orona is working with Tsoh Tso to give you this raw, messy, and emotional form of hip hop that also draws on folk and punk as a way to process these feelings that arise from growing up in a place and among a population where you feel like the rest of the country doesn’t give a shit about you, so you have to forge your own path and make some noise along the way. There are a couple of assists on the album, most notably from Chris Conde and An Illustrated Mess on “Synthesis,” but for the majority of the album it’s just Orona pouring his heart out with his lyrics. His casual, conversational tone reminds me at times of Onry Ozzborn, but other times feels more Ceschi when the music gets a bit more folk or punk oriented. Really though, it’s just Orona, and he’s forging a path that brings all of these things together as figures out his own voice with a bigger project. The result is an album that sounds great on headphones or in your car, really anywhere where you can listen to it alone and just get into your own head and feel your feelings as Orona works a few things out himself.

Dead Renaissance isn’t a perfect album, but even when the album gets a little messy and things don’t completely come together, it still kind of works for a debut album from Tré Orona. It feels reflective of an artist working through some tough losses and other issues while pushing forward and finding their voice, which is all you can really ask for from a debut album. This is a great foundation on which to build upon as Orona goes forward with his career. 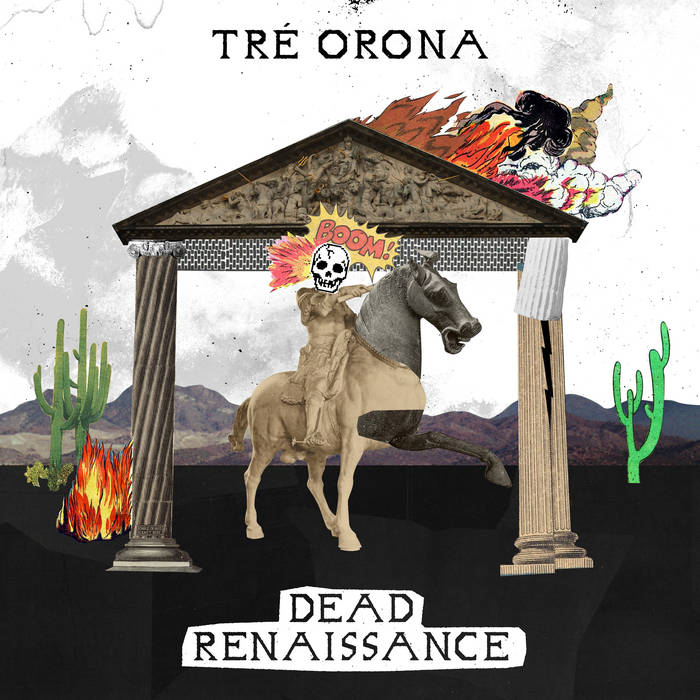