Seattle emcee Shubzilla and producer Bill Beats have been releasing music together for about five years now. Their most recent release came just last year, when they released the fiery Boomers V.2. Now they come back with a slightly different project, an EP using production samples from the SNES game Donkey Kong Country 2: Diddy’s Kong Quest, simply titled The Kong Quest.

Shubzilla often gets labeled as nerdcore, even though a lot of her music isn’t as explicitly “nerdy” as a lot of her peers who travel that circuit. That’s neither good nor bad, it’s just an acknowledgement that while there might be nerdy elements to her hip hop, a lot of her music up until this point, especially the music she’s made with Bill Beats, might not have been categorized as nerdcore had she not chosen to identify with the subgenre. Well, now they’ve gone and made the project that is clearly a nerdcore project, and I can’t imagine that anyone would debate this claim. I don’t know what the story is of how this particular game ended up being the source material for an EP, but in listening to The Kong Quest, I can at least hear that there was enough interesting music to the game to serve Bill Beats well as he chops it up and makes something new that bangs. In choosing to do this kind of project, they end up making what sounds like a really Old School hip hop EP, like something you would have heard in the early ‘80s. The beats really hover in that midtempo range with this midi-instrumentation sound to it, and Shubzilla matches that with a really clear and deliberate pace on the mic as well. When it comes to the lyrics of the project, Shubzilla isn’t explicitly rhyming about Donkey Kong. There might be some inspiration for themes buried within there, but she’s not name-dropping characters and explaining the plot of the game to you. Instead, you’re getting rhymes that can just as easily be interpreted on face value as being about her own personal life, as she adjusts to being a new mother and still deals with all of the daily micro and macro aggressions that come with being a Pilipino American woman. The real gem of the EP comes in the form of the posse cut, “Carpool Lane,” which features Kadesh Flow, Creative Mind Frame, and MC Ohm-I. Bill Beats moves the EP into the ‘90s with the beat, which absolutely bangs, picking up the tempo and the funk, and all the emcees have fun with the theme that they are all getting into a car to go to a convention together. It gives everyone a chance to be playful and have fun with each other, which then all gives way to Bill Beats taking everyone to school with his scratching, just to remind everyone how nice he is on the ones and twos.

The Kong Quest is certainly a different project from Shubzilla and Bill Beats, but it works out well for them. It pushes them out of their comfort zone just a little and give us a slightly different perspective of them as a duo, but it still delivers on the chemistry and quality that we’ve come to expect from these two. 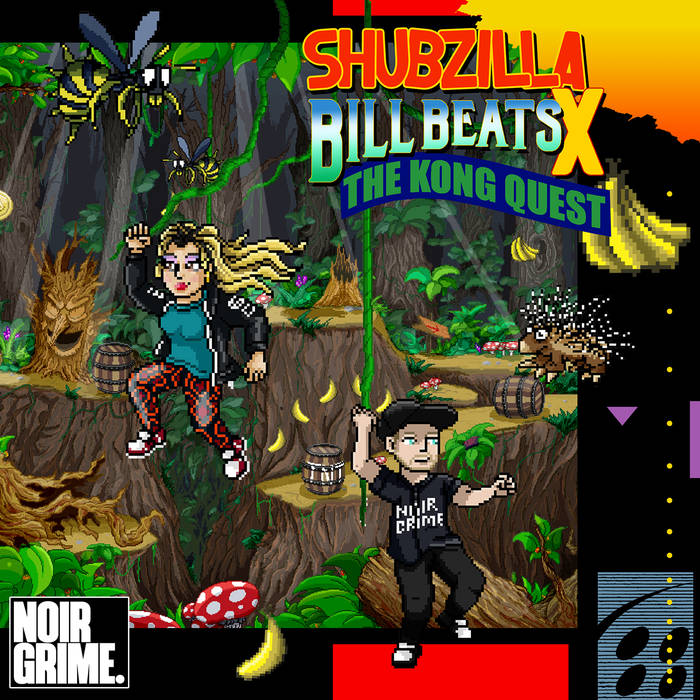