Moor Mother is an artist from Philadelphia that has been carving out a truly unique lane for herself over the course of the last five years, as she combines spoken word poetry and free jazz and noise into confrontational pieces of art about race and gender and beyond. She’s already released several smaller projects this year, including a few collaborations, but now she’s dropping one of her most ambitious projects to date, Circuit City.

In a different time and place, we might be able to experience Circuit City as Moor Mother originally envisioned the project, performed in a theater as a piece that exists somewhere between a musical, a choreopoem, and a play. Thematically, the piece takes the idea of late-stage capitalism and steps on the gas, introducing the idea of corporate-owned housing, a not-too-distant futuristic idea that just hits the sweet spot of dystopian fiction, bringing together technology, surveillance, and conformity. To bring this to life and capture it’s essence on wax, Moor Mother broke the piece into four acts, and then recorded live with a free jazz ensemble. The ensemble consists of Steve Montenegro on electronics, Luke Stewart on upright bass, Keir Neuringer on sax and percussion, Tcheser Holmes on drums and percussion, and Aquiles on trumpet and percussion. Moor also brings in Elon Battle on the third act, “Time of no Time,” to provide a sung vocal counterbalance to her spoken word delivery. The whole thing is incredibly challenging to listen to, but it’s also incredibly rewarding. Moor is giving you a lot of information to digest and questions to ponder about where you want society to go and how you’ll get there, but she’s also doing it with a killer free jazz ensemble that are also taking you out of your comfort zone sonically but taking you to incredibly interesting places.

Circuit City is not for the faint of heart or the musically unadventurous. But for those that are willing to sit with Moor Mother’s art and really engage with it and let it sink in, you will be greatly rewarded with some of the most interesting music you’ll hear this year. 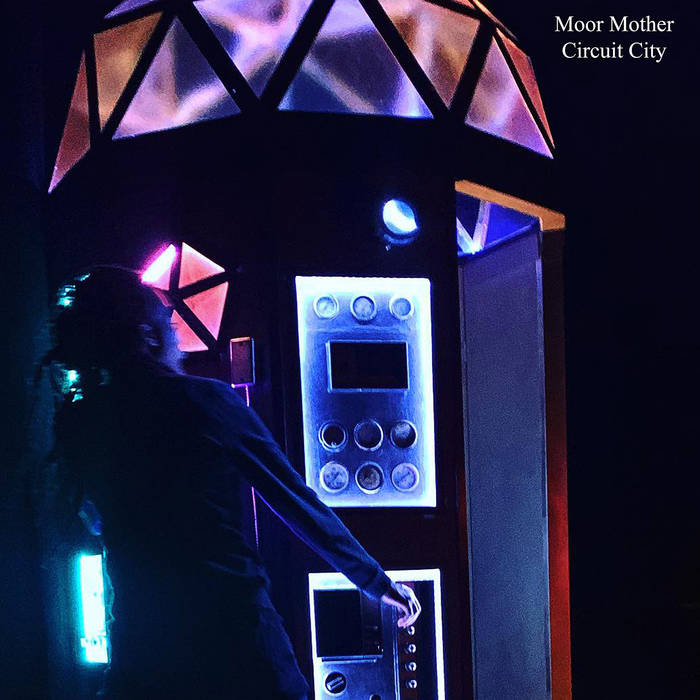