JustJoey is a relatively new name for an artist who has been around since the early 2010s, formerly releasing music under the name Lucid Optics and as part of groups like Lucid Logic and Modern Language. Last June, he released his first project under his new moniker, JustJoey, World is Home. Now he’s come back with a more ambitious full-length album, Sink or Swim.

There have always been a couple of things that caught my ear since the first time I heard JustJoey, and they are all present on Sink or Swim. One is his distinct delivery, which moves from pretty technical rapping with great rhythmic interplay to this soulful, nerdy sung voice that falls somewhere between Yoni Wolf and John Linnell. Another is the way in which he constructs his tracks as a multi-instrumentalist, building around keyboard, bass and drums, but finding keys moments to bring in vocal samples, drum machines, or acoustic guitar to flesh out his sound. On this album in particular, it’s noticeable how JustJoey is able to make great use of different keyboard sounds and play them off each other. It could be a softer, gentler sound not unlike a Fender Rhodes, or it could be overdriven and distorted, providing some fuzz and edge to a track. It could also be a brassier sound used to emulate a horn riff in a song. Mostly, though, it’s the poetry in his lyricism that push his projects over the top. On this album, he’s mostly taking stock of his life up to this point, trying to figure out his place in this world. This is certainly relatable, but on the surface that doesn’t make this album special. What makes Sink or Swim special is that JustJoey writes so beautifully about feeling a little lost at this point in his life, and that his language is so vivid and imaginative, with a absurd sense of humor and a mix of wonder and weariness as he looks outward upon the world. On a song like “Thieves,” when he laments, ‘Always tired/Always feeling I’ve gone miles through the mire/Why do people always think that art expires/Was it ever worth a thing if it’s already lost its fire?’ you can really feel his internal struggle. It’s this beautiful push and pull of the creative process laid bare that makes Sink or Swim resonate.

JustJoey is a really talented artist that has been carving out his own unique niche for a while, but the most exciting thing about him is the way in which he’s always pushing himself forward and putting his entire self into his music. Sink or Swim is a great step forward for JustJoey, further cementing his unique voice in a crowded landscape. 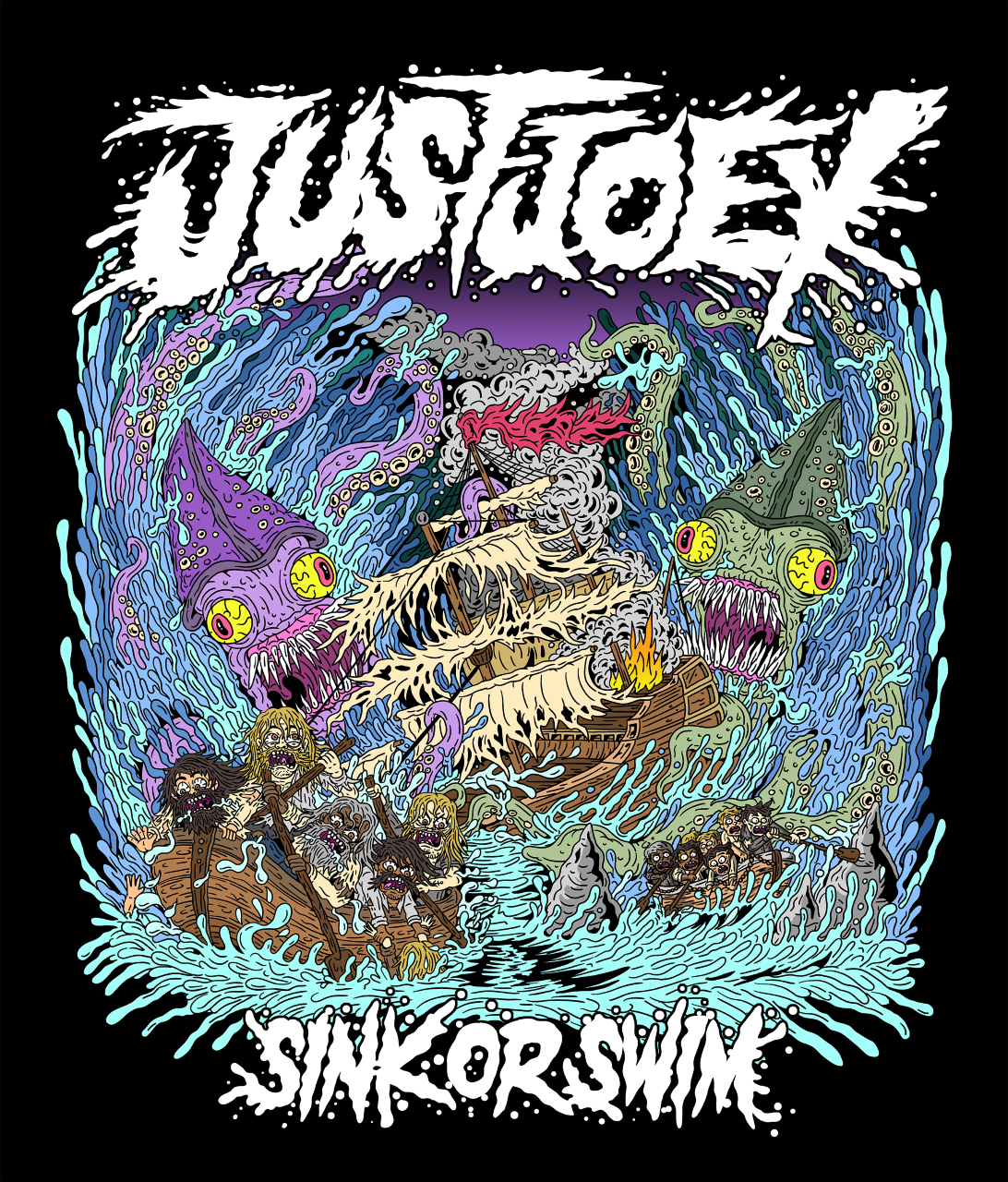