John Klaess is an independent scholar based in Boston. His first book is now out on Duke University Press, Breaks in the Air: The Birth of Rap Radio in New York City.

One of my favorite types of hip hop books are those that find a unique angle that hasn’t been explored in full before. As soon as I saw that someone had written a book on the history of rap radio in New York, I had to stop and think before I realized that this was a subject matter that usually only got mentioned here and there when others were telling the history of hip hop, usually just when a major event happened. As you discover in Breaks in the Air, there is more than enough to fill a book just about the development of hip hop radio and the impact that it had in New York City in spreading and developing hip hop throughout the eighties and into the nineties. If it wasn’t for a few enterprising individuals and few deejays who were able to successfully move from the clubs into the radio booth, a lot of the city that was too young or otherwise not able to get out to the clubs and experience the music live wouldn’t have been turned onto this new cultural movement that was growing across the five boroughs. Klaess not only does a good job of telling this story in an accessible fashion, he does a great job of balancing the tales of different on air personalities, the business people behind the stations, and the evolving structure and regulation of the radio airwaves in the city. It’s a fascinating history, and it’s one that more hip hop fans need to know about.

Breaks in the Air does a great job of finding a gap in our hip hop history books and filling it in with a compelling and well-researched story. Klaess tells the story thoroughly, and he gives some shine to a lot of people who helped spread the music over the airwaves. 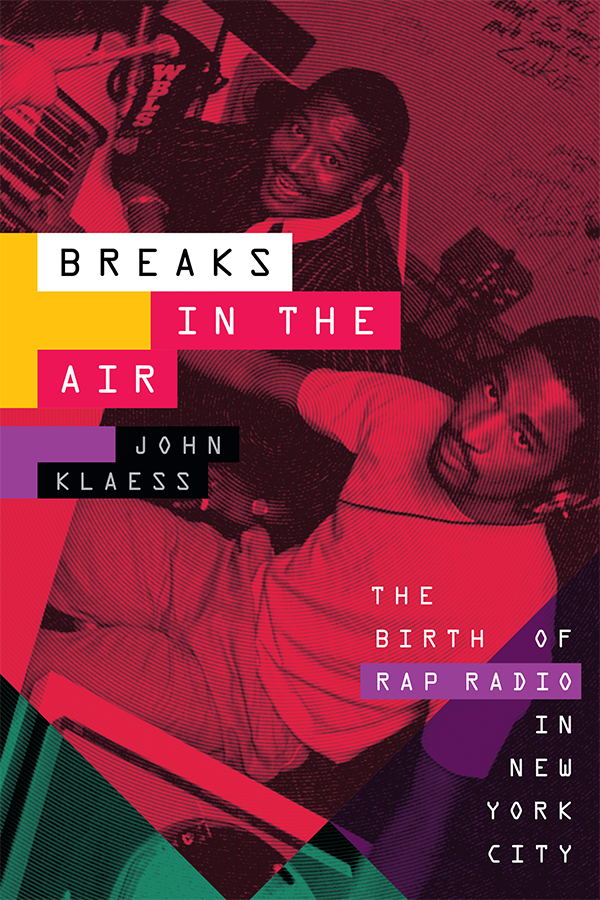