Eric Harvey is an associate professor in the School of Communications at Grand Valley State University in Allendale, Michigan. He as also written for numerous publications such as The New Yorker, The Atlantic, Rolling Stone, and The Village Voice. He has now written a new book about the history of rap and reality media, Who Got the Camera?

While numerous people over the years have written about the time period of hip hop spanning the late ‘80s to the mid ‘90s, until this point no one has simultaneously done a deep dive to consider how the evolving media landscape shaped the narrative, namely the emergence of daytime talk shows, court TV, true crime TV, tabloid TV, and reality TV. This is where Harvey comes in, to walk you through the parallel histories and to provide analysis on how the two constantly interacted and informed each other. As you might imagine, the majority of the book focuses on the rise of ‘gangsta’ or ‘reality’ rap in Los Angeles, taking a hard look at how the rise of 24-hour news, daytime talk shows, and reality shows like Cops both reflected and informed the type of music that artists like Ice T, Ice Cube, Snoop, 2pac, Dr. Dre, and others were making. Of course, while a large portion is devoted to this piece of hip hop history, Harvey is also taking time to fold in stories from other regions that overlap and inform the larger narrative, such as Public Enemy’s scandals involving Professor Griff and Sister Souljah in New York, and 2 Live Crew’s fight against indecency charges in Florida. Harvey also does an excellent job in discussing not just the evolution of the culture of the time period, but also the evolving technology at the time also informs the narrative, such as the availability and accessibility of home video cameras set in motion the Rodney King narrative, since he beating by four LAPD officers wouldn’t have been captured on tape five or ten years before. Harvey also finds room to explore the seeds of hip hop reality TV by examining the participation of hip hop journalist Kevin Powell on the first season of The Real World, and how that may or may not have informed his subsequent coverage of the East Coast/West Coast feud while he worked at Vibe. The real key to this book is that Harvey is able to write it all in such a way that it’s accesible to the average hip hop fan who’s curious about this history, but he’s not sacrificing any academic standards in the process. This book is thoroughly research and carefully plotted out to tell this history effectively.

It’s never a one way street when it comes to media coverage of other media production, and this is what Harvey lays out so well in Who Got the Camera? The hip hop of the late ‘80s through the mid-‘90s didn’t just explode because of the changing production styles or the dope rhymes. The fact that these artists weren’t just controversial but had a place on all of our television sets and newsstands to unfold the drama even more and make themselves more visible and larger than life in the process is a major part of the story. This is what Harvey is contributing to the overall hip hop narrative with this book. 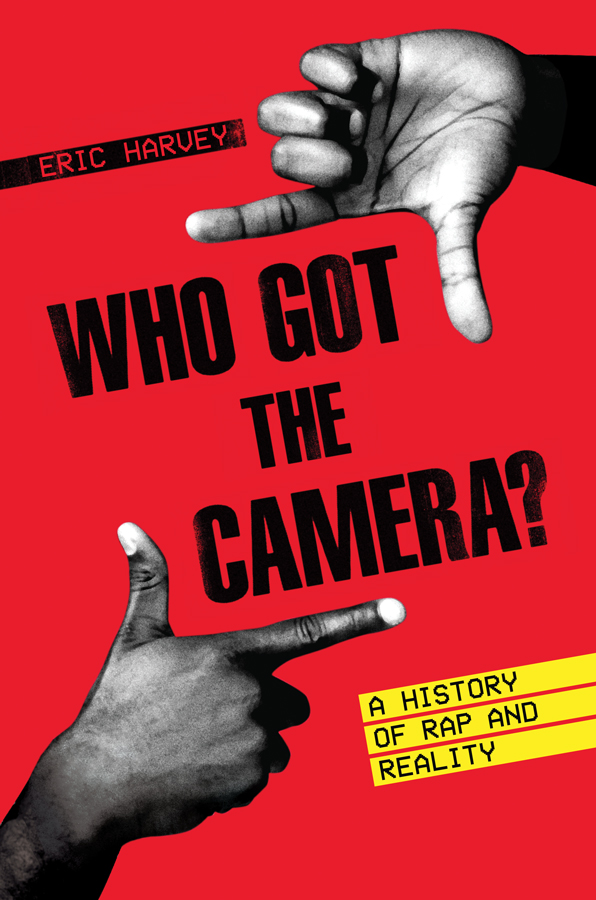