Elias Wallace is an artist formerly based in Los Angeles but these day he calls Paris home. Over the years, he’s been part of groups like Otis Stacks and Dafuniks, but you also might know him as part of the Scribbling Idiots collective, where he worked alongside artists like Cas Metah and Theory Hazit, just to name a couple. Most recently, he has regrouped as a solo artist, and he now gives us his latest album, Walk With You.

For this album, Wallace is working with Danish producers Es Thornhal, Jonas Rendbo, and Troels Kampman Kjaer. Despite their location across the ocean, as the album opens, the feel of the music feels like a mix of West Coast hip hop and Southern soul. Wallace excels as a vocalist somewhere in the vein of Anthony Hamilton as he sings about life, relationships, and his faith. As you’re working your way through the tracks, you get plenty of Wallace’s strong and soulful voice alongside some solid grooves that balance modern hip hop production and retro soul. You also get a couple of great guest spots from Niki Bernard and JGivens who come in as emcees that balance Wallace’s approach on the mic perfectly and help to expand and fill out the sound of the album. Throughout the whole album, there is definitely a strong pop sensibility to the album, but through the first half you get that sensibility grounded by this gritty and honest depiction of everyday life that makes the music still feel relatable. However, when you get to the song “Somewhere,” the album reaches a turning point where the music begins to feel a lot more saccharine, pushing the production more in the direction of a modern praise band, and the music just begins to feel more over the top. Each time I listen to the album, I start off really digging the music, but then as we cross over that halfway point, everything just gets bigger and more generic and it just feels like the whole thing is floating away from me as a listener.

Walk With You is a tale of two albums. One is a relatable, soulful album that blends genres and lets a vocalist shine as he sings about his life in a very relatable way. The other is an over-the-top pop album where everything gets turned up to 11, it feels forced, and just becomes hard to relate to in a meaningful way. It’s frustrating, to say the least, because when this album is popping, it’s really good and you can see how talented Elias Wallace is as an artist. Unfortunately, this one just got away from him. 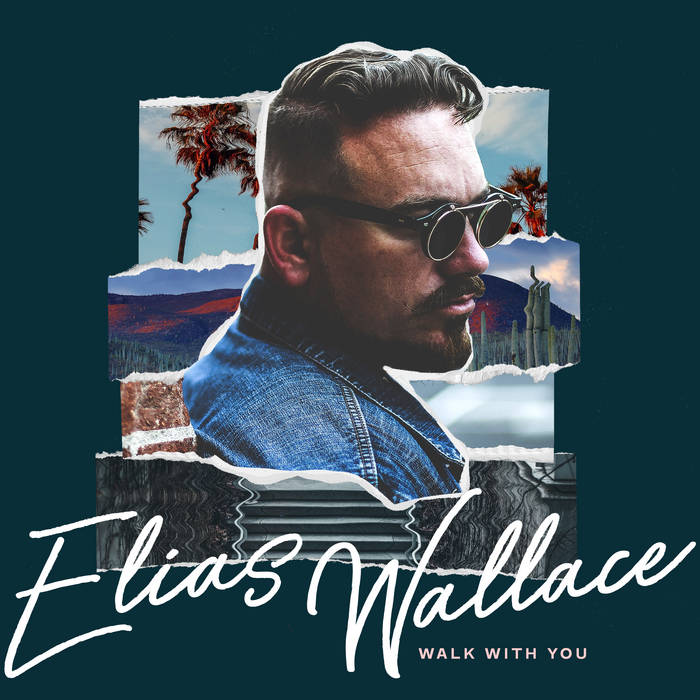