Deca is an artist originally from Denver, now based in New York, who has been releasing music since the mid-‘00s. Over the years, he’s worked with everyone from Mane Rok to RoQy TyRaiD to Eligh. His latest full-length came just a little over a year ago, when he dropped Snakes and Birds. Now he’s back with the latest installment in Def Pressé’s KPM Crate Diggers series, Source Material.

In case you missed the first installment from Damu the Fudgemunk, Conversation Peace, the essence of this series is that London-based label Def Pressé has reached a partnership with KPM/EMI to open up the KPM music and sound design library for the first time. It’s a label that goes back to 1956, with over 30,000 original recordings of non-commercial music made for licensed use in radio, television, film, or other media outlets. Def Pressé lined up a plethora of producers to go into these archives and transform these recordings into something new, with Deca now up to bat in the series. For Deca’s entry, he focused a bit on KPM’s Themes International series, founded by the composer Alan Parker. Over the course of eight tracks, Deca is sampling material from Parker, Jim Lawless, Tony Kinsey, Alan Hawkshaw, and Duncan Lamont, turning their beautiful compositions into some dreamy downtempo music. There is a playfulness to a lot of the album, but also some real inventiveness to Deca’s production with the clever way he flips some of these samples. The overall tone might be really peaceful and groovy, but these moments of unexpected re-purposing of samples will keep you own your toes as Deca puts some of these compositions on their head and takes them in different directions. Not only is Deca really smart in the way he constructs his instrumental tracks, he also creates a nice arch to the overall feel of the album in the way he sequences everything, taking you on a short emotional journey along the way.

Source Material is a nice second entry into the KPM Crate Diggers series. Deca is a talented veteran producer, and he handles the source material with a lot of respect while still flipping everything into his own style and making some downtempo instrumental hip hop that is very engaging in the process. 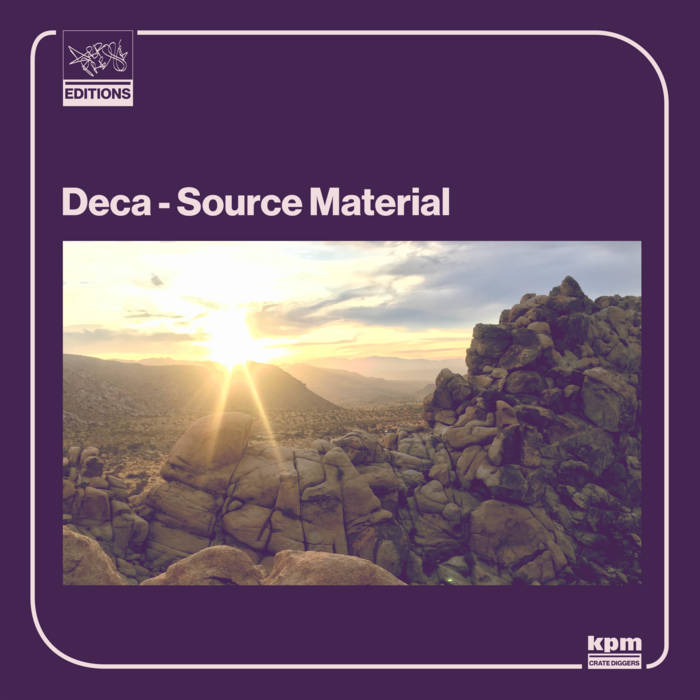