Deadpan Darling is the collaboration between Ceschi and Blue Sky Black Death. The twist here is that this isn’t a new collaboration, rather one that took place in 2005. All involved had thought that the album was lost to the ether after a fried hard drive erased everything that they had recorded, but recently Televangel discovered that he did in fact have enough salvageable material that they could touch things up and finally put the album. Sixteen years after the initial collaboration, their self-titled debut is here.

The funny thing about this album is that if I didn’t have the backstory, I would just assume that this is a new album, which speaks to the consistency and timelessness of the music that these artists have been making over the course of their careers. Blue Sky Black Death are leaning heavily on the side of post-rock, space-rock, art-rock, or whatever signifier you want to use to indicate the dreamy melancholic soundscape they are building around deliberately paced drums and layers of synthesizers and guitars that make you feel like you’re floating through space as you listen. As a result, we get much more of the singer-songwriter side of Ceschi, the part of him that grew up on 4AD Records. There are a few key moments here and there when he breaks into his rapid-fire flow that bring you moments of urgency and excitement, but the majority of this album is one to lost yourself in BSBD’s production and Ceschi’s soaring voice and his abstract imagery and self-reflexive poetry. It’s the perfect album for an overcast day when you’re feeling introverted and want to get lost in your feelings.

Deadpan Darlings was a long time coming, but now that it’s here, it feels like it was always here. That’s a testament to the type of timeless music they are making together, just beautiful lush songs for indoor cats who want to stare out of the window all day. 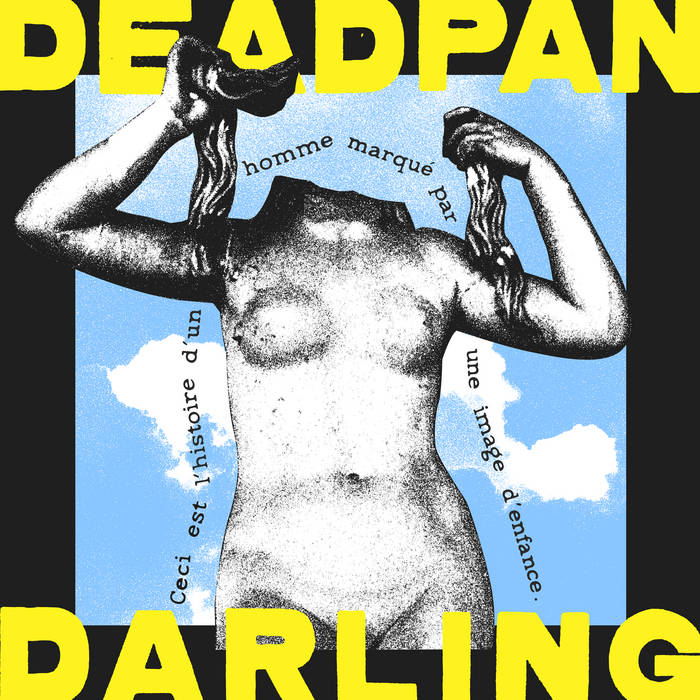