BRZOWSKI is the long time Maine-based artist now living in the Dallas area who has been releasing music for about twenty years. About eight years ago, he started collaborating with a producer from Portland, Maine named C$BURNS, and they’ve been working together off an on since then. Their last project came in 2016, when they rounded up a few more musicians to create the post-rock/metal/hip hop group Vinyl Cape, who released the album The Glitter of Putrescence. Now they’ve come back together to make a full-length album as a duo, The Subjugation of Bread.

While BRZOWSKI has been busy with plenty of other projects since then, The Subjugation of Bread in a lot of ways feels like the continuation of his 2017 solo album, ENMITYVILLE. Partly it’s because that C$BURNS was also involved on that album, although not to the extent that his is on this one, but also because there is a continuation of themes between the two projects. If ENMITYVILLE was about the appeal of saying goodbye to society and going off to live as a hermit in the woods, The Subjugation of Bread is very much about living in society and trying to survive while late-stage capitalism is collapsing around us. So no, it’s not a happy-go-lucky party album, but you didn’t come to BRZOWSKI for that. You came to hear some dark beats from C$ and you came to hear BRZOWSKI’s low growling voice deliver poetry about philosophy, religion, economics, and more as you try to make at least some sense of this world. The nice thing about his chemistry with C$ is that C$ knows how to bring enough bounce to the beats to not let the album drag and just wallow in it’s darkness, but he does know just when to slow things down and let a few moments land and when to give the lyrics room to breath. Because of that, the tone of the album feels more concerned and angry than just sad and complacent. It’s a delicate balance there, and these two walk it just right on this album.

The Subjugation of Bread is a dark album, but we’re living in dark fucking times. For all of it’s darkness, though, BRZOWSKI and C$BURNS are challenging you to think long and hard about how we got here, and what might get us through, all while making some really interesting underground hip hop in the process. 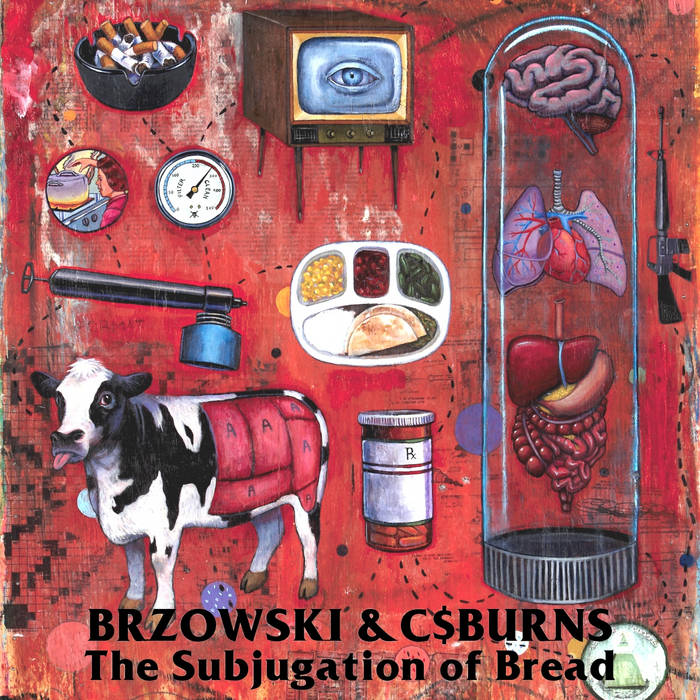