Lisa Vazquez is an artist originally from Portland but now based in Los Angeles. While she’s been making music for years, she is probably best known for her live performances and beat battles, along with her YouTube series, “Flip It Friday,” as opposed to her album releases. That said, she did release an excellent solo EP back in 2017, Gravity, which found a balance between her producer side and her vocalist side. Now she’s back with a short project that showcases her beat battle side, Hit Like a Girl.

Hit Like a Girl might be a short project, with each track coming in around a minute in length, but it’s a testament to Vazquez’s skill and her experience that she can pack a lot into that amount of space. This is in large part because when you’re in a beat battle, you’re not normally given ten, twenty, or thirty minutes to do something really nuanced that requires space and patience to appreciate. You’ve gotta come in guns a-blazing and catch some ears before your minute or two is up and they’re on to the next participant. Well, Vazquez takes a quick second here to set everything up with an inspirational quote from Bruce Lee about staying prepared (essentially giving you the proto-“If you stay ready you don’t have to get ready”), and then it’s off to the races. She’s coming at you with funky beats, switching things up at just the right moment, giving you timely familiar references, adding a touch of humor with a sample or two, and recontextualizing some known samples in a new light. It’s a wild ride, but it’s also fun as hell, and Vaquez does a great job of keeping you on your toes the whole time.

We don’t get many releases like Hit Like a Girl, but then again we don’t have many artists like Lisa Vazquez. She’s a unique talent who can give us a lot of different looks. This beat battle look comes hard, delivers a good time, and then it’s over before you have time to catch your breath. 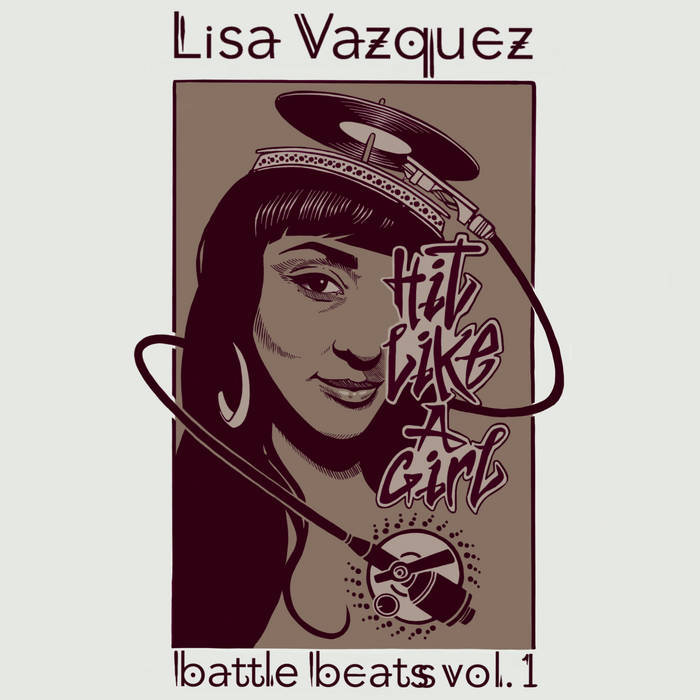