C.Shreve The Professor is an emcee from Asheville and part of the group Free The Optimus. He’s been going strong both as a solo artist and as part of the group all decade long. His last solo effort, Lost Love Found, came out a little over a year ago. Now he comes back with one of his strongest efforts to date, Grown.

As you might imagine, this album is not only about being a veteran in this rap game, but just being grown in general. That’s right, this is an album about prioritizing, learning about what really matters in life, and handling your shit. Oh, and flexing on some young fools. To do so, Shreve is enlisting the help of producers TheifofBaghdad, Ile Flottante, KevoBeats, Jarv, E.A. Poitier, Pat Junior, K. Starnes, J. Ford, Grove$ide, Soul Monk, and FLUE. Throughout the course of the album, you’re getting a mix of classic East Coast boom bap and modern trap and electronic beats, all of which really crackle and pop and sound amazing coming through your headphones or speakers. There’s room to slow things down, such as on the R&B-flavored “Hold Me Down,” with Marisa Blake, where Shreve opens up and gets real about finding a partner you can rely on to help you through the hard parts of life, and recognizing when you need to knock off the B.S., be humble, put your pride aside and do what you have to keep that special person in your life. There’s room for anthems like “Positive,” with its lyricism about community building and a bumping piano sample that is reminiscent of early Blackalicious, which is always welcome around here. These songs are great and open up the sound of the album and give it depth, but don’t think for a second that because Shreve is grown that it means he’s lost a step. Far from it, in fact. Just one listen to a song like “Recognize & Witness,” with fellow FTO member M!KE LIVE, and not only will you hear a beat that absolutely bumps and sounds menacing, you’ve got two emcees essentially hopping on that beat cypher-style and just doing lyrical acrobatics all over the track. There’s also room for absolute fun, like the old school boogie of “Pylon,” which demands to be blasted on your car stereo on a sunny day.

If you’re looking for some grown ass hip hop, look no further than Grown. This is exactly the type of album you’d expect from a veteran emcee like C.Shreve The Professor. It hits all the right notes, both musically and lyrically, moving from the serious and necessary discussions of life to rocking the mic and the party and everything in between. 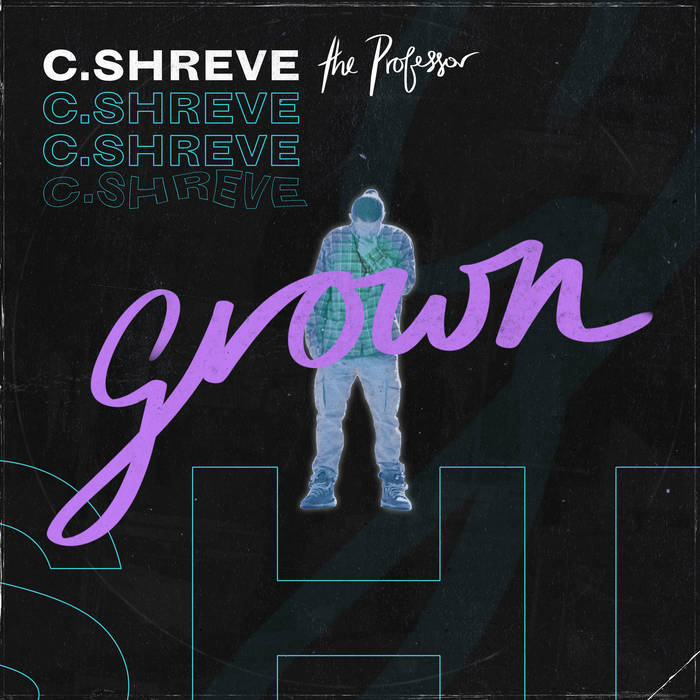 Previous: Sole & DJ Pain 1 - No God Nor Country Next: Lex the Lexicon Artist - The Ultimate Collexion