Over the past few years, Philly’s Ialive and Baltimore’s Height Keech have been putting together impressive discographies, whether it be as solo artists, working together on an album like Timewave Zero, or working separately with other artists like Ardamus and Height Keech’s Astro Blocks or Ialive’s collection of collaborations, I’ll Wait Forever. Now, after all this time, they’ve finally decided to pair up officially as a production duo called Necessary People. Their first project is a full length album for a relatively unknown artist from Philly who simply performs under the name Andrew, W.O.T.W.

If you’ve spent the time with their recent output, Necessary People’s production on W.O.T.W. won’t surprise you, but it also won’t disappoint you. That’s because the album is full of beats that are right in their wheelhouse, bringing together psych and garage rock and transforming these samples into really funky hip hop beats that will make you want to turn your stereo up and bob your head along. For this reason, from the moment I pressed play on W.O.T.W., the album immediately felt familiar and accessible, like I had been already listening to the album for years. When Andrew gets on the mic, he comes in with a clear, deliberate delivery and a raspy voice that matches the production really well. The only minor problem (and it’s pretty minor) is that in this scenario Andrew doesn’t have such a distinct delivery apart from Ialive or Height Keech, that on first listen, you don’t necessarily get a full grasp of who Andrew is as an artist. It will certainly hit you that it’s an enjoyable album that bumps, but his artistic voice might not jump out at you in comparison to the production. That is, until you listen to the album again and get into the weeds a little bit more with the music. That’s when you’ll discover an emcee who, yes, has a sarcastic sense of humor and can talk some shit (He is from Philly, after all), but also isn’t afraid to show his sensitive side on a track like “Thing’s Fall Apart,” which finds him using a Roots reference as he dissects a relationship that didn’t work and learns to pick up the pieces. You also get a few songs that fall in between the two extremes, such as “Coins,” which cleverly and subtly uses a video game sample in the background while Andrew grapples with the contradiction of wanting to be the best and being paid what he’s worth, while also acknowledging the trappings of fame and capitalism.

W.O.T.W. is a solid step forward for Andrew, and Necessary People do a nice job with the assist to put him in a place to shine. It’s a well-rounded album, and you’re getting some really solid hip hop from an artist that is clearly on the rise. 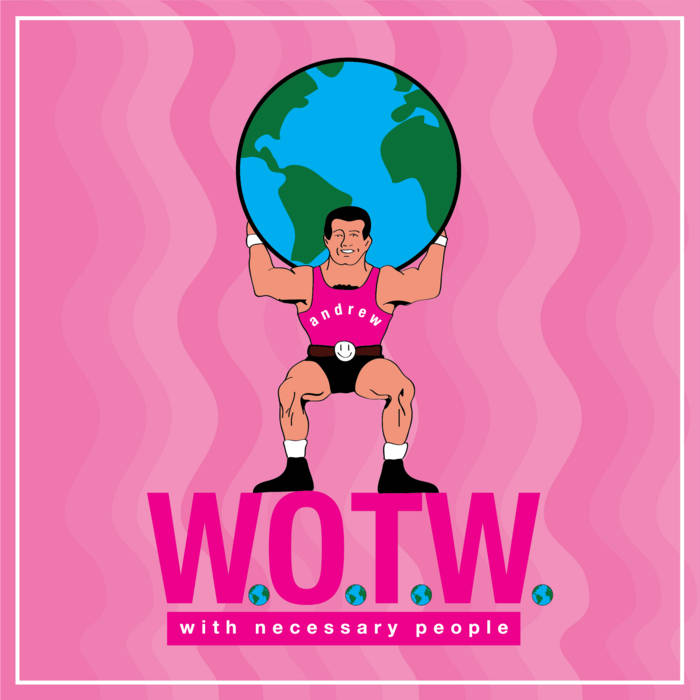