White Horse is the new duo comprised of old friends and collaborators, Acid Reign emcee Gajah and Uncommon Nasa. If you’ve been following the two over the years, you know that Gajah has put out solo material on Uncommon Records before, with Uncommon Nasa producing, so it isn’t too much of a stretch to imagine them as a duo. Well, the cards finally lined up for them to make it happen, and now they present their debut self-titled album.

From the opening track of the album, “Preacher Man,” you can see what great chemistry these two have together, and just what veteran savvy they have on the album. Uncommon Nasa has a very clear, direct, and booming East Coast delivery on the mic, which pushes the music forward and demands your attention, but then after Nasa kicks in the door and marches in, here comes Gajah just sliding in right behind him, bouncing around and dancing with the dexterous West Coast Project Blowed-honed delivery that is the perfect Yin to Nasa’s Yang. Nasa also produces half of the album, with the other half produced by Berkeley producer DigDug. The two craft a sound that finds a great meeting point between the underground styles of both coasts, where the beats are just slightly dark, off-kilter, and have a prog/sci-fi edge to them. At just eight tracks long, there’s no room for filler, but there are still some standout tracks of different varieties, such as the engrossing narrative form of “My Life at Denny’s,” the soulful mission statement of “Preacher Man,” or the posse cut of “Late Night Truck Stop Cypher.” And they’re not kidding with that cypher either, witch Sketch185, BeOnd, Ersatz Splynter, Quaesar, Express Fresh, Gel Roc, Olmeca, Turtle, and Gilead7 all taking turns on the mic having fun and trying to outdo the last guy.

Sometimes it’s nice when an album meets expectations. White Horse have done just that, and it’s everything you’d want or would expect out of an album from Gajah and Uncommon Nasa. Eight tracks of killer underground hip hop, no filler, just right. 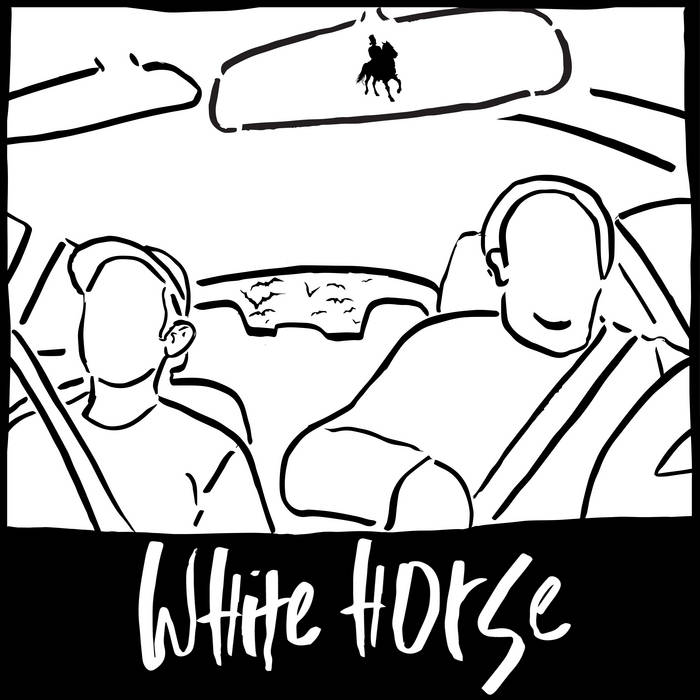 Previous: Bird Peterson - I Am What You Am I Am Next: Manikineter - Copper Fields