Vapor Eyes is a producer out of Chicago that has been putting out music for over a decade, blending the worlds of house and hip hop together. His last album came out about two years ago, when he released Smooth FM. Now he’s back with a new project, In Pursuit of Magic.

It’s not that often that an artist’s own description is that spot on, but when Vapor Eyes described this project as a time traveler hopping back and forth between a ‘90s chill out room and a beat night at The Low End Theory and beaming these sounds back to present day, only the transmission gets choppy, so everything has to get reassembled into something new, it felt very spot on. What this means in a more practical sense is that Vapor Eyes is using a combination of analog and digital methods to make these beats that will immediately get your body moving as he finds this sweet spot in between dance and hip hop. It’s not quite house, it’s not juke, but it’s not so laid back or hitting with the boom bap, either. It is bright and funky, eminently danceable, always in motion without getting too busy. It’s soulful and uplifting, demanding that you turn the volume all the way up and just catch these good vibes. Cold weather might be on the horizon, but enjoy this sunny music while you can and dance away to what Vapor Eyes is throwing down with In Pursuit of Magic.

Vapor Eyes is a veteran producer who has been doing really innovative work in blending genres and blurring lines, forcing listeners to appreciate the music on face value and forgoing any sort of expectations or rules they might traditionally apply to a record. In Pursuit of Magic is just great, funky, danceable music, and that’s all you really need to know. 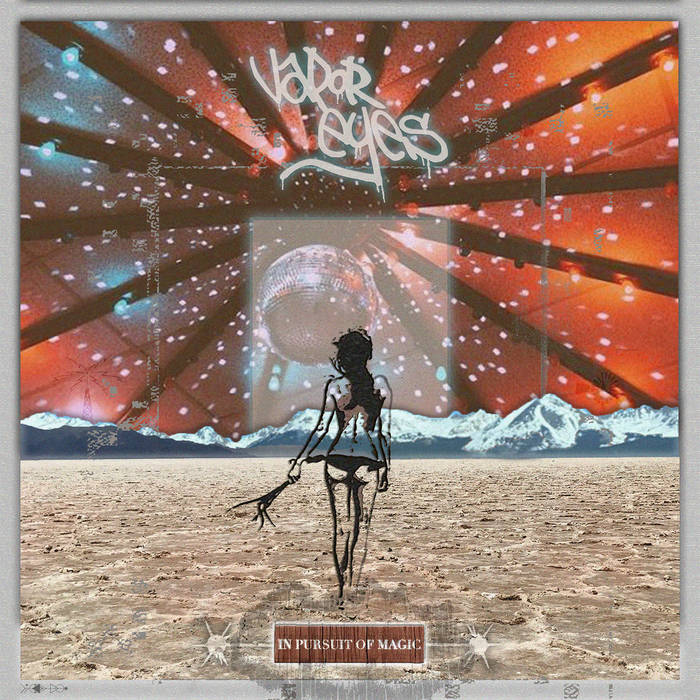