Touch is an artist from Edmonton that has been releasing music for about the last five years. In that time, he’s found a niche doing sci-fi movie inspired projects, such as They Live, Time Bandits, and The Thing. For his latest project, he teamed up with DJ Matto, a producer originally from Vancouver now based in Japan. Together, they take on one of the most iconic sci-fi movies of all time in Blade Runner to make the album Electric Sheep.

For those of you that might not know, Electric Sheep is a reference to the title of the novel by Philip K. Dick that Bladerunner is based on, Do Androids Dream of Electric Sheep? Going into a project like this is a tricky endeavor, because as anyone who listens to nerdcore can tell you, there is sometimes a fine line between nerdy projects where artists basically recap another work of art, such as a comic book or movie or video game, and those special projects where the artist inserts themselves in the universe and creates something entirely new that resonates intellectually and emotionally. These are the types of challenges that Touch is facing as he takes on one of the most iconic titles in all of science fiction. So how do you approach something like this? Well, the first and easiest step is enlisting the help of DJ Matto, who comes through with some really inventive underground beats that are just the right mix of grimy and futuristic sounds. It sets the scene for Touch’s rhymes nicely, very much putting you in the universe sonically before you even get to the verses. As for the rhymes, it’s a little bit of a mixed bag. Touch succeeds more than he doesn’t, but he also gave himself a tough assignment. Where Touch does his best work is when he leaves the specific universe of Blade Runner and just gets into the philosophical questions about AI, consciousness, and society. Where the album drags is when it feels more like Touch is just rapping parts of the movie at you and not giving you anything new. It’s frustrating, because he’s obviously a skilled emcee with a good flow, but it feels like he boxes himself in a little too much with the concept at times, and the album gets held back because of it.

It’s not perfect, but there’s still plenty to like about Electric Sheep. DJ Matto comes through with some really strong production, and more often than not Touch delivers some interesting rhymes. Other times, he’s his own worst enemy and just gets bogged down with theme and the album drags because of it. 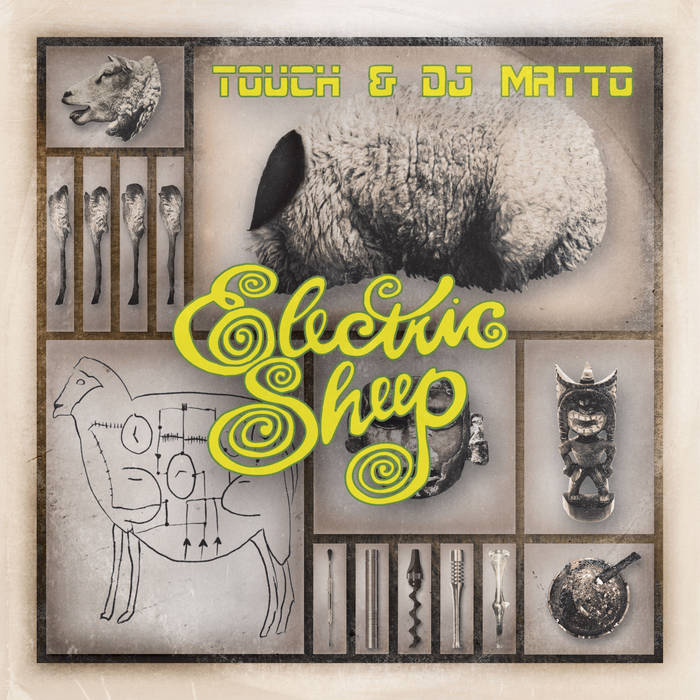 Previous: The Other Guys - Summer in Analog: Season 2 Next: Earoh - JUCO