Sometimes musical journey’s can be quite fascinating. Back in 2011, when The Internet was announced as a side project for Odd Future’s Syd, the group certainly had a different sound and style compared to where they are at today. One of the factors that helped shift that style was the addition of young guitarist and producer Steve Lacy, who joined the group for their 2015 album, Ego Death. Since that time, his career has really taken off, and he’s worked with everyone from Kendrick Lamar to Vampire Weekend. In 2017, he released a solo EP, Steve Lacy’s Demo, his first solo release. After a busy 2018 that saw the release of The Internet’s Hive Mind along with him producing Ravyn Lenae’s Crush, he now comes back with a proper solo album, Apollo XXI.

Lacy started recording this album back in 2017, finding time for himself in between other projects, recording in a home studio he set up in his younger sister’s bedroom after she left for college (Lacy is only 21). Now that the album is here, you can tell he didn’t feel the need to go back and take it into a “professional” studio and clean things up or re-record them. And to a certain extent, there is a certain charm to it, and there is also a certain rawness and vulnerability to the album that would have been hard to recreate. Maybe in the future he’ll want to build up his sound and explore other avenues to making an album, but for a debut album, this actually works quite well, because it gives us unadulterated Steve Lacy. That brings us to the first thing – Steve Lacy is a hell of a guitar player. This isn’t necessarily a surprise, but since this album is almost all him, his guitar playing is much more at the forefront than on previous projects, and you really get a sense of just how well he can play and just how easy he makes all sound. For the overall sound of the album, the key components are guitar, vocals, and drum machines. Given the mix of rock, soul, and funk, how much Lacy is singing in falsetto, and how drum machines are incorporated, the resulting sound on Apollo XXI comes across as a mix of Prince, Jeff Buckley, and Dam-Funk. The falsetto really allows Lacy to get at some vulnerable lyrical topics. As a young man of African and Filipino heritage who has only recently come out as bisexual, you might imagine that he hasn’t always felt like he fit in. The good news is that Lacy is finally becoming comfortable in his own skin, and he’s taking this opportunity to open up and let you in on his journey, and he’s finding his own strength along the way. This is most explicitly explored on the song “Like Me,” which features the refrain, “How many out there just like me?” And while part of this album might deal with loneliness or confusion, there is still room for joy and love, like on the sweet funk of “Playground,”” which features Lacy at his most Prince-esque as he sings about the excitement of new love. The whole thing comes together really well and delivers a well-rounded listening experience.

Apollo XXI might be just a little rough around the edges, but it’s also an exciting and unfiltered introduction to a really talented young man who has already accomplished a lot in his short career. I have a feeling this is just one step of many, and I can’t wait to see how he develops as a solo artist from here. 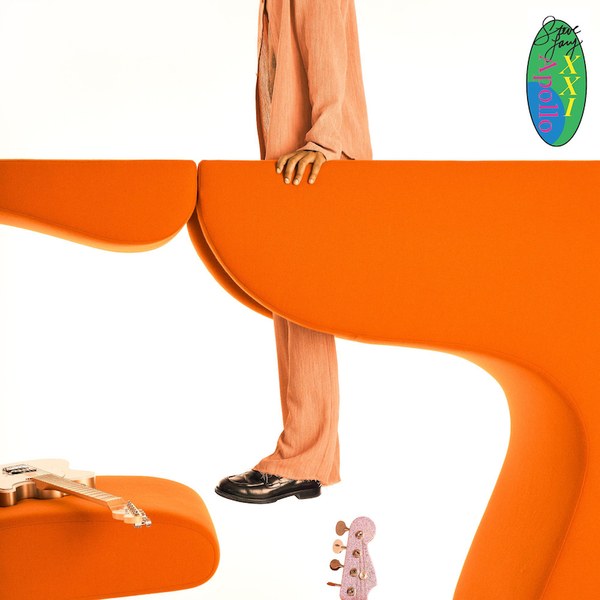 Previous: Slugabed - any attempt to control the environment or the self by means that are either untested or untestable, such as charms or spells Next: Wordsworth & Pearl Gates - Champion Sounds