Chicago emcee Serengeti has been working at a steady clip for the better part of twenty years, and despite all the time and work he’s put in over the years, he still doesn’t show any signs of slowing down. Just last year, he rebooted his Kenny Dennis franchise by introducing us to Ajai (which was then followed up with KDXMPC, which continued the narrative), gave us the adventurous collaborative album With Greg From Deerhoof, and The Gentle Fall. With that kind of pace, it should come as no surprise that he’s already back with a new EP, What a Day.

For What a Day, Serengeti is going back into the vaults to recover his first recordings from twenty years ago. The crazy thing about that is that I listened to the EP once before I knew that piece of information, and I just naturally assumed that it was new material. That’s because even though these songs were recorded twenty years ago, there’s not some crazy dip in quality – you don’t need to grade this thing on a curve. That’s because Serengeti is already doing the work to combine indie rock and hip hop, and he’s already coming at you with these incredibly dense and layered flows that hit you on both the intellectual and emotional level. It’s so rich that I don’t even mind that we get two different versions of the same song, “Shades of Grey,” since the song is just the right combination of catchy and complex, and the different guest artists bring different things to the table to give you two different experiences, but they both culminate in this really emotional chorus that will stick in your head all day. This is all to say that Serengeti is probably making a lot of other artists reconsider releasing their early unreleased material.

Serengeti is a widely respected artist for a reason. He works consistently, but he’s also always pushing himself in different directions and reaching out to different collaborators that will challenge him. As it turns out, this ain’t nothing new, because thanks to What a Day, we know now that he was on that shit twenty years ago. 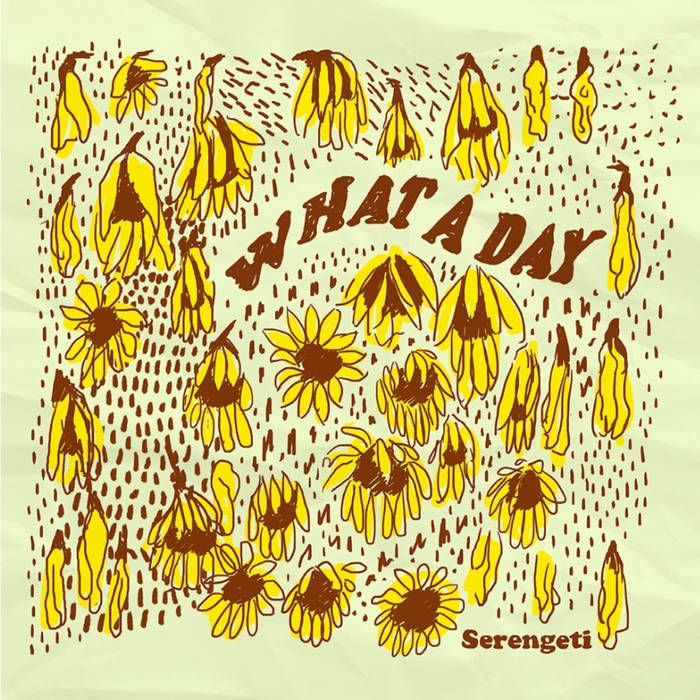