Just over a year ago, West Coast jazz legend Roy Ayers gave everyone a scare when the 78-year-old musician was rushed to a hospital in Portland, Oregon, cancelling his appearance at the Soul’d Out Music Festival in the process. Fortunately, that’s all it turned out to be – a scare. And we can give thanks, because now he’s able to present his latest album, JID002.

The title of the album stems from the naming convention of the new imprint from Adrian Younge and Ali Shaheed Muhammad, Jazz is Dead. The idea behind it is to give a platform to the older generation of jazz legends and to help them record new music while they’re still here. Just this past March, they released the first album of their catalogue, which was a compilation hinting at all of the great music that Jazz is Dead had lined up. It sounded very promising, but now that the first full length album from an artist is here, things are even more exciting. That’s because if you put this album on for someone and didn’t tell them anything about it, I would bet that they’d guess that this was part of Roy Ayers’ classic run of ‘70s albums, when he was mixing smooth West Coast cool jazz with experimental soul and funk to carve out his own unique niche. This is to say that Adrian Younge and Ali Shaheed Muhammad aren’t just fans of Ayers in general, they have really studied his music and figured out what made him so good. Now they’ve turned around and put Ayers in the best position to succeed at this late point in his career, so that he doesn’t sound cheesy or like he’s phoning it in. Instead, they co-wrote and recorded with him material that speaks to Ayers sexy side, his experimental side, and his political side. “Hey Lover” and “Soulful and Unique” should be handled with care, because they are truly for the grown and sexy. “Shadows of the East” delivers some classic soulful jazz that trades melody between keyboards, piano, bass, sax, and vibraphones, with beautiful accents from strings. “Gravity” captures that classic Ubiquity sound, with male and female voices overlapping while singing a love song written in outer space. “African Sounds” reminds you of the overlap in the Venn diagram between Ayers and The Last Poets, featuring a spoken word performance that speaks of the influence of the African diaspora in jazz and beyond.

Roy Ayers is a legend, and thankfully people like Adrian Younge and Ali Shaheed Muhammad are in a position to not only pay their respects, but put Ayers in a position to succeed. JID002 is the best music Ayers has recorded in years, and will hopefully inspire a few people to then work their way backward through his catalogue. 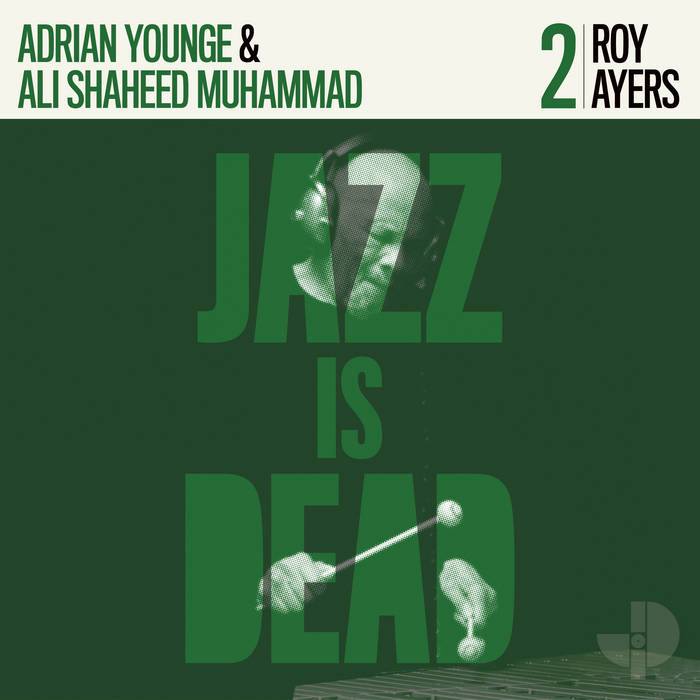