It feels a little odd to call this album Débuts, but the French duo of Nikitch and Kuna Maze have been so prolific as a duo and as solo artists, it just feels like they’ve been together for a much longer time period. However, they only made their debut as a duo in 2018 with the EP, Cake, on Cascade Records. There have been a few solo releases since then, and one more EP as a duo when they hopped over to Tru Thoughts in 2019, Mush. Whether or not we’ve been waiting a long time or not, their full-length debut is here, Débuts.

If you’ve been following Nikitch & Kuna Maze, Débuts is exactly what you want and expect from the duo. If this is your first time listening to them, buckle up. It’s a fun ride, but they are about to take you on a journey across all sorts of dance music from house to techno to garage, experimental electronic music, and hip hop, all mixed up in a blender and seasoned just to their particular tastes. Most of the melodic elements on the album are coming from synthesizers, but they are always finding new sounds to make with their synthesizers, allowing them to jump from some soulful R&B with an electric piano sound to some far out sci fi techno with the flip of a switch. However, sometimes you get completely blindsided, such as on “The Leak,” when the house beats are banging, only to have everything drop out and have flute take over before they build everything back up and then take the energy higher than it ever was. The album has grooves for days, but it also keeps you on your toes, never content to just be one thing, even in the course of one song. The balancing act is incredible, though, because they make the music is experimental, yet still danceable, instrumental, yet melodic enough to stick in your head long after the album is over. And just when you think you have the album at least kind of figured out, you get to the last song, “La Fin,” and you essentially get a ‘70s soul jazz track, with flute and electric piano trading melodies. It’s an sweet wind down after a really fun and progressive dance party for the first ten tracks.

Nikitch and Kuna Maze have only been together a short while, but they’ve worked at such a prolific pace both together and apart, making such challenging-yet-accessible dance music, it’s only natural that their debut full-length album sounds like the album of a duo that’s been making music together for ten years. Débuts is that great electronic album that challenges your head and your feet and everything in between all at once. 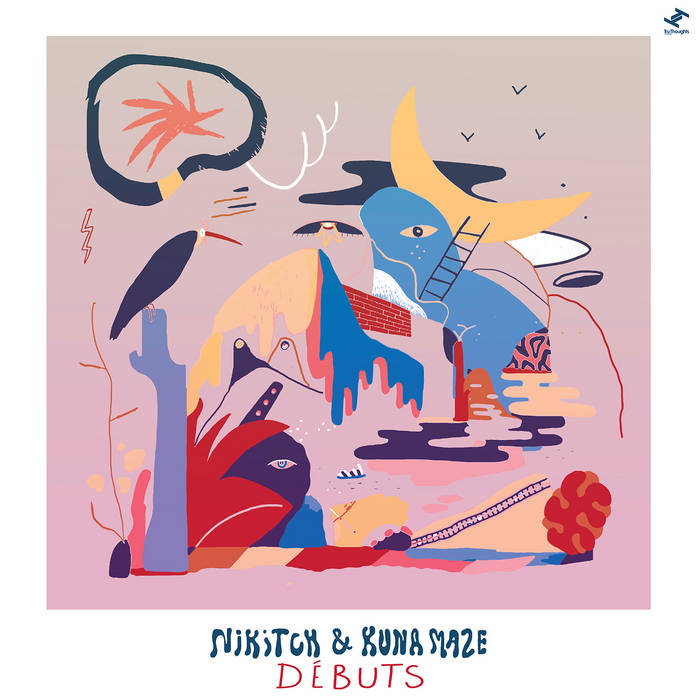