Namir Blade is an emcee/vocalist/producer/multi-instrumentalist from Nashville. While he’s still relatively young, he’s been experimenting and releasing music for over a decade, working on all sorts of different projects along the way, collaborating with artists like Danny Watts and joining producer collectives like Natural Selection and Wizards Only. Now he’s ready to step into the spotlight and make his debut on Mello Music Group with his ambitious album, Aphelion’s Traveling Circus.

Aphelion’s Traveling Circus is not the typical debut album one might make for a label that’s providing a bigger spotlight for an artist, but in this particular case, both sides knew what they were getting into. Mello Music Group will get some bangers elsewhere, they signed Namir Blade to get weird with it. And so he does, delivering a concept album set off in the distant future, where Earth has little left to offer, so our protagonist sets off into space with an attitude of “Why not? What else am I doing?” Over the course of sixteen tracks, Blade’s creating this introspective style of music that draws upon hip hop and R&B, sometimes riding a midtempo groove for a while he spits some stream-of-consciousness rhymes, or he might return to a sung hook for a short while to dwell on and consider a main idea. His style is certainly understated in the moment, but when you work your way through all the nooks and crannies of the album, all the sharp zigs and zags he takes, all the musical and lyrical information packed within, it feels like it’s making quite a big statement about race, masculinity, politics, social media, and environmentalism. While there is so much to like on this album, Blade isn’t perfect, and there is still some room for improvement. The narrative of the album is really interesting, but I do wish that it had more of a climax to it. For that matter, the album could benefit from some more dynamic contrast to it, since so much of the album lives in the middle. It’s certainly fine, but it could use maybe one or two more stand out moments to push things over the top into the next level. He could also use a little work on his skits. I certainly appreciate the inclusion of skits on the album, and the idea of them and where they are placed work well, but the acting and writing of the actual lines could use some work to make things feel natural and keep the flow of the album moving.

Aphelion’s Traveling Circus isn’t perfect, but I’ll take a messy and ambitious album with bold musical vision over something safe and derivative any day of the week. Namir Blade has a ton of potential, and I can’t wait to see what he does as he build upon the foundation of this album. 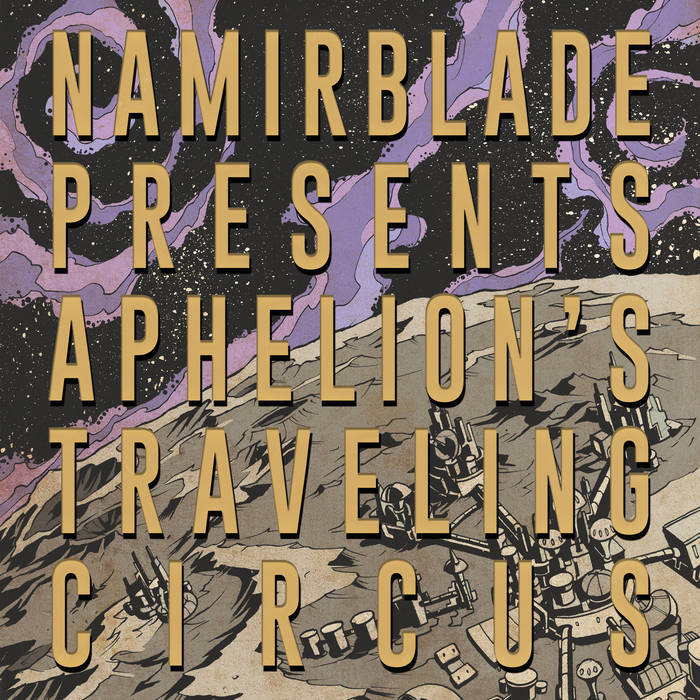 Previous: Sly5thAve - What It Is Next: Lex Amor - Government Tropicana