At the beginning of the year, Minneapolis artist K.Raydio released the first of what she called her “Sync” series of EPs, 1:11. The idea behind this series was that K.Raydio was releasing demos in which she produced, wrote, sang, and recorded everything herself. This series came after a period of relative silence, which she attributes in large part to her perfectionism. However, she made a New Years resolution with herself to stop thinking so much, clear the palette, and just put it out there. By her putting it out there, we as listeners have been able to see in sort-of real time her progress as an artist. She's always been a vocalist, but the production and mixing are relatively new skills. When 4:44 came out in June, you could already see a ton of growth from her. Now that it's time for the fifth and final entries into the series, 5:55.

One of the things that hit me in listening to 5:55 was just how clean and polished everything sounded, like K.Raydio had grown enough over the course of the year to smooth the rough edges to her production and mixing skills. For this particular entry, we get four songs, all with vocals. It's interesting hear how getting her other skills up to where she's been at vocally for years actually affects her singing as well. By that, I mean that there's a transfer of confidence, where she can trust her skills with the beats and the mixing that allows her to let go of any restrain on her vocals that might have been there at the beginning of this project. It's also interesting to note this, because the four songs on this volume are pretty introspective songs, meaning that you don't get the big, obvious vocal moments that have appeared on past projects. Instead, you get to hear the confidence of a highly skilled vocalist who has the chops but understands how to sing strongly but within the structure of the song. That may sound easy enough on paper, but it's harder than it seems. This all comes together to deliver four really good songs that deliver from every angle, but never give into the need to be flashy and impress you. These are songs to draw you in and relate to K.Raydio's personal experiences.

5:55 is an interesting way to end the series, only because it doesn't end with a bang. That said, it takes a lot of maturity and confidence to resist that urge and stick to what you're feeling in the moment, which in the case of K.Raydio were some personal, intimate aspects of her life that lent themselves to some much more restrained R&B/hip hop. The result is an EP of songs that really allow you to form a personal connection to K.Raydio's music. 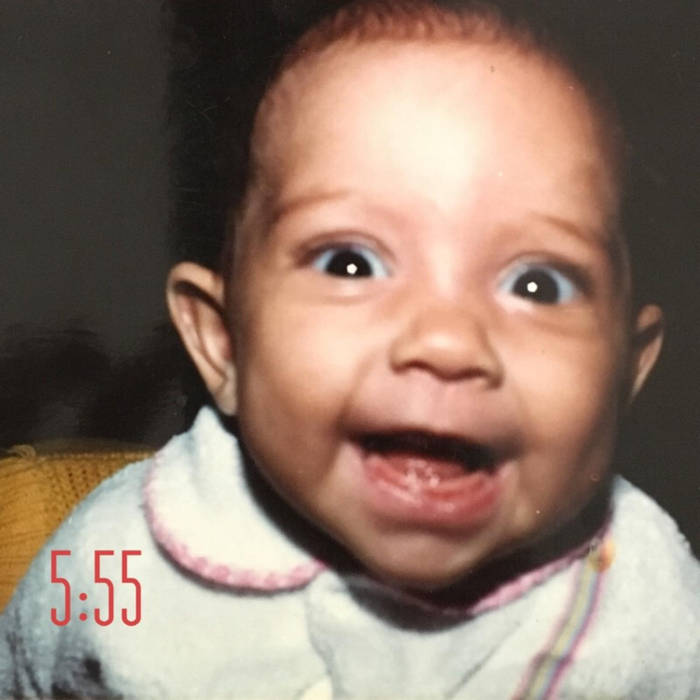