Queens emcee Homeboy Sandman has been working steadily all decade long, starting with The Good Sun in 2010, which then led him to join up with Stones Throw shortly thereafter. Since then, he’s spent the majority of the decade with the Los Angeles label, releasing several albums and roughly one million EPs. His last release with them came last year, when he released a collaborative project with Edan, Humble Pi. After all this time, he now moves to Mello Music Group to release his latest album, Dusty.

It’s no secret that after being really high on his music in the first half of the decade, I’ve been lukewarm on Homeboy Sandman over his last few releases. This includes Humble Pi, which fell short of expectations with Edan coming back after years out of the spotlight. So when it was announced that Homeboy Sandman was working with producer Mono En Stereo (fka El RNTC) on his new album, the same New York producer that worked on his Kool Herc: Fertile Crescent EP, I hoped that it might reinvigorate Sandman’s rhymes. As I started in on Dusty, things started off pretty strong. Mono’s production sounded inspired, with just the right amount of weirdness and accessibility to his East Coast boom bap to get you’re head nodding and keep your ears perked up. And Sandman comes with the rhymes, with the dense flows, always switching up his rhythmic patterns, and dropping some clever metaphors along the way. He’s discussing everything from hip hop culture to philosophical ponderings over the first eight tracks, reminding me of what made him so exciting when he was first coming up. Things start to fall off, though, when he hits us with a love song on the ninth track, “Picture on the Wall,” which feels like it should be sweet, but he undercuts the overall sentiment of the song by getting way too explicit and juvenile with the sexual details. Even worse, he turns around and follows that song up with the ill-advised “Pussy.” If this was actually a celebretory song about women’s sexuality, I’d be all in, but it’s not really - it’s just a grown man talking about how much he loves pussy. To be fair, there have been way more offensive songs about pussy in the history of hip hop, but just because there are worse songs doesn’t make this song good. It’s mostly that this song sounds like something a teenager would write, and Homeboy Sandman is approaching forty, so you’d hope to get something a little more mature and interesting. As you work your way through the last third of the album, things just don’t feel as inspired as they once did, and I can’t help but wonder if editing is Homeboy Sandman’s Achilles heel. There’s an excellent EP here, just not a great album.

Dusty continues this frustrating chapter of Homeboy Sandman’s career. It only takes one or two really uninspired songs to take an album down a notch, but when you include at least one truly bad song alongside that, it becomes downright frustrating and really shortchanges all the good aspects of the album. 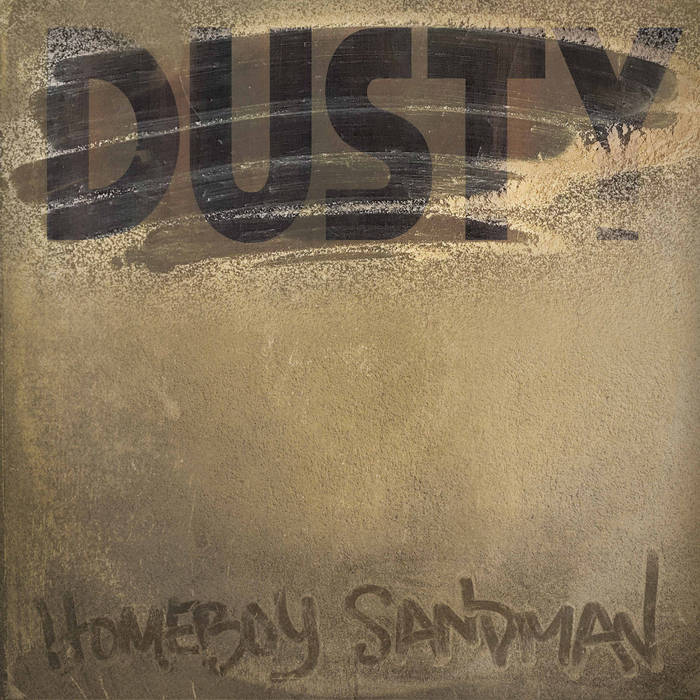