It's been two years since we last heard form Philly producer Hectic Zeniths, when he dropped layercakes remastered. Since that time, he's been moving toward making sample-free compositions. Before he dropped a big project in that vein, he decided that he wanted to do one more sample-based beat tape. In looking for inspiration, Hectic Zeniths decided to combine his passion for criminal justice reform with his music. The result is a fundraiser beat tape, A Soundtrack For Real Justice: A Fundraiser For The Philadelphia Community Bail Fund.

In case you are unfamiliar with the criminal justice system, here's the CliffsNotes on bail. If a cop arrests you, you go to jail, where you then sit (maybe one day, maybe more) as you wait to see what charge the District Attorney might bring. At this point you will go before a Judge, Commissioner, or Magistrate who will then conduct a hearing to determine bail. They are supposed to take into consideration how much of a flight risk you might be, and then set a cash bail for you. This is the amount of money that you are required to give to the court before you are released from jail, which in theory is supposed to encourage you to come back and make all of your court dates. At the conclusion of your case, this money will be refunded to you, minus court costs and fees assessed to you. Of course, all of this varies from state to state and county to county, but the general idea and process remains the same across much of the United States. The biggest problem with the cash bail system is that it disproportionately effects poor people. A lot of poor people get arrested for minor offenses, and a lot of those cases end up getting thrown out or settled for a small fine or time served. The problem there is that even when a relatively low bail is set, a person who can’t afford the bail could end up sitting in jail for much longer than the sentence they will eventually get (if at all), and in the process of doing so could lose a job, apartment, or more. Organizations like the Philadelphia Community Bail Fund are simultaneously lobbying to end cash bail, but in the meantime are collecting funds to post bail for those that can't afford it in an effort to lessen the effects of cash bail on the community.

With all of that in mind, Hectic Zeniths didn't just slap together some beats haphazardly for this fundraiser – he wanted to make something meaningful, because this is a cause that means a lot to him. To stay on theme, each track on the tape samples something from a ‘live in prison’ album, with Johnny Cash’s 1968 album At Folsom Prison serving as his starting point. Over the course of the tape, you don't just get this meta-commentary coming from the sample sources, you also get these really thoughtful and easy to understand vocal clips that explain the issues very clearly as you work your way through tracks like “End the War on Drugs,” “Abolish ICE,” and “Decriminalize Sex Work.” With all that laid out, it should be noted that Hectic Zeniths is an incredibly talented producer, so while all this information is included in each track and the tape is raising money for a good cause, you're also getting some really good beats on top of everything else. He's drawing from some interesting source material, but he’s also flipping these samples in some really inventive ways and creating some really good grooves. He also does a good job of falling back when there are important vocal clips with information that needs to land with listeners, but then dialing things up to keep you actively listening and engaged throughout the whole tape.

It's great when you get to support a great cause by purchasing some great music, and Hectic Zeniths is giving you that opportunity with A Soundtrack For Real Justice: A Fundraiser For The Philadelphia Community Bail Fund. So chip in, listen to some dope beats, learn a little about the criminal justice system, and then go out and get involved. 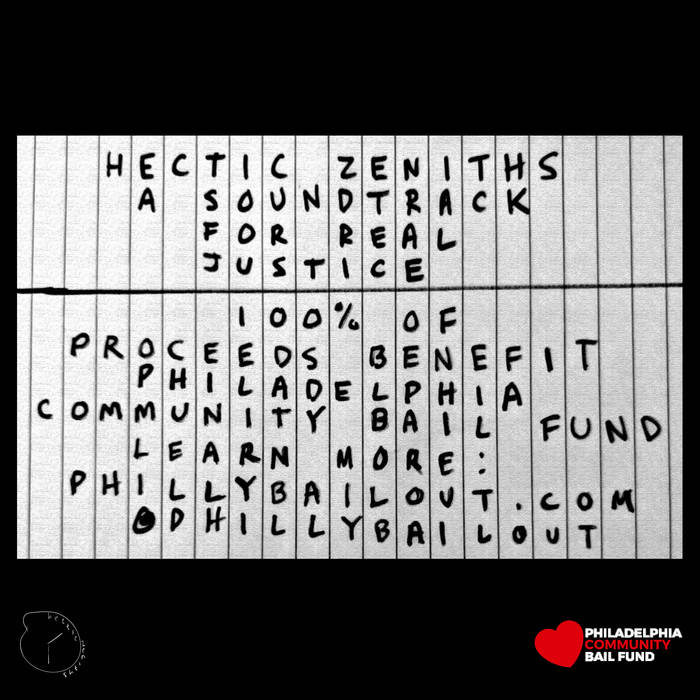