Grift Company is the pairing of Philly artists Curly Castro and Zilla Rocca, who have both been making music for years as solo artists and different projects as part of The Wrecking Crew. Last year, they released their debut self-titled EP. Now they are back with a full-length album, Too Many Secrets.

If you are of a certain age, when you hear the phrase “too many secrets,” you immediately think, “Setec Astronomy!” This is a reference, of course, to the very entertaining 1992 spy thriller, Sneakers, starring Danny Glover and Robert Redford. This album uses that movie as a loose outline, which is to say that sometimes there will be specific references and clips from the film, but for the majority of the album, Grift Company are using it as a jumping off point. They take themes and general plot points and use them as inspiration, but then bring in their own personal ideas and experiences and shit talking to make the album their own. It’s not a method for making an album that I would suggest a lot of artists should try, since it could easily get very messy very quickly, but it works here for a couple of reasons. One is that Castro and Rocca are both skilled veteran emcees with great chemistry together, so they don’t veer too far off topic, and when they take personal liberties with the story telling, it’s to land some personal emotional moments or to make some keen social observations, or just to drop some killer NBA references. Much like the Shrapknel EP that recently dropped, which featured Castro and PremRock, Grift Company is also bringing you some true basketball fandom in their lyricism by referencing players such as Raef LaFrentz. Over the course of the album, we get beats from Willie Green, Jason Griff, dos4gw, Quandary, MarkDeadBeats, and Zilla Rocca as well, giving the duo plenty of gritty East Coast boom bap beats to get in the pocket of and just spit their rhymes. We also get some great guest spots as well, with Open Mike Eagle, Googie, iAlive, ALASKA, Elder Orange, and Nex Millen, who help round out this unlikely ragtag crew unravel the hidden truth that’s right under our noses. The whole thing comes together for a really fun listening experience.

Too Many Secrets is a great first full-length album from Grift Company. It’s a loose concept, but it works because Curly Castro and Zilla Rocca knew when to rein things in and keep everything focused, but they also knew when to just let the rhymes fly. 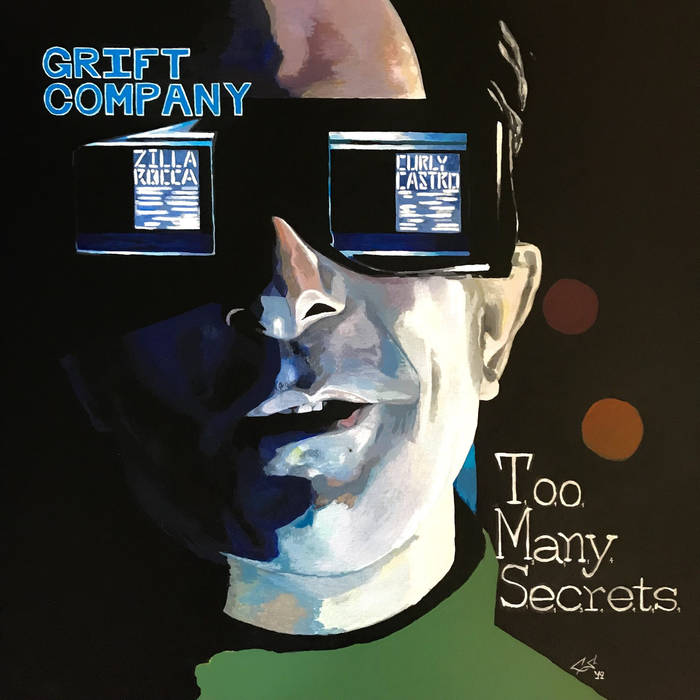