Godforbid is a New York emcee, formerly of the group Alaskan Fishermen with Fathertime and Thirstin Howl The 3rd, currently fronting the band That Handsome Devil. Two years ago, he stepped out with a solo album, Jesus Chrysler. Now he’s back for a second round with How To Make Your Art Matter.

For this album, Godforbid is working with Louis Mackey and Quandary, who both produced his first album, while also bringing in DJ Inbetween, Mister Jason, and Jeremy Page to round things out. The overall sound brings in some influence of blues, punk, and cabaret, but all filtered through this East Coast boom bap lens. This sets the stage for Godforbid’s performance on the mic, where he brings a showman’s presence, but undercuts it with a sarcastic and self-deprecating sense of humor as he bounces back and forth between providing biting political satire and some more playful and personal rhymes. Mostly, though, this album is about trying to make a little bit of sense of the chaos of the last couple of years, and how to make art that serves a purpose in the moment. The good news here is that Godforbid has the right combination of punk energy as a frontman and skillful wordplay as an emcee that he is able to make some music on this album that is entertaining, but it will also make you think and then get you fired up. It sounds easy enough on paper, but it’s much harder to pull off in practice. It should also be mentioned that Godforbid also exercises some great restraint that we don’t always see deep into the digital age, and by that I mean that this album also succeeds because it’s a tight ten tracks with no filler.

How To Make Your Art Matter came out at exactly the right time. Godforbid is a skillful emcee, but it’s his passion and his critical eye that really elevate this album and help it work as both a critique of our current times, but also an album that will inspire you to action. 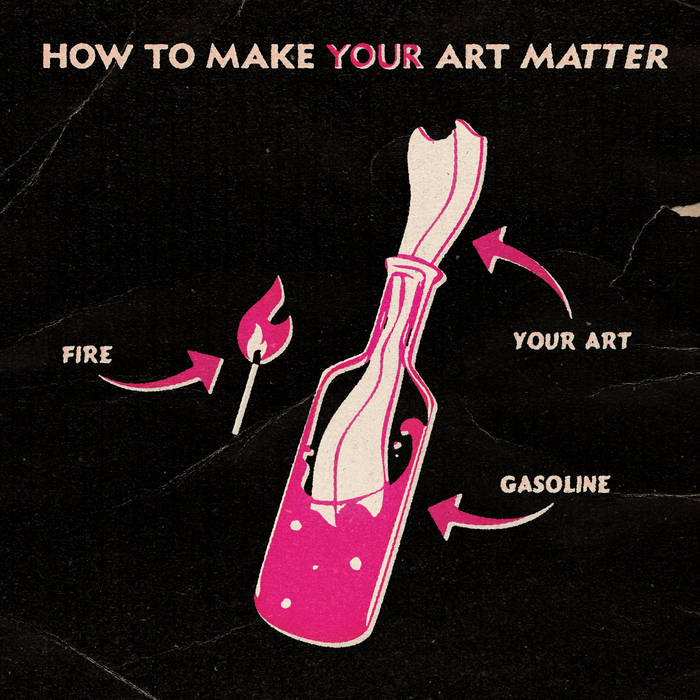