Evil Needle is a Berlin-born, France/Netherlands-based producer who has been putting out music since the beginning of the decade, and has worked with labels such as HW&W, Soulection, and Cascade. His most recent effort came out last November when he release the EP, Igida. Now he’s returned with new EP, Lost Tape.

When you see a title like Lost Tape, your instincts are probably to assume that this is music that was buried in the vaults somewhere and is just now seeing the light of day. In many cases, you would be right, but in this particular case, you would be wrong. Lost Tape is a collection of new material from Evil Needle, a project where he decided to get back to his roots and keep things simple. This comes after a sort of concept EP in Igida, so it might make sense that Evil Needle might have wanted to sort of hit the reset button and just get back to making beautiful downtempo beats with a boom bap influence. That's exactly what he's doing here, and do you know what? It's really good. There is so much mediocre downtempo instrumental music being released these days, that we've reached the point where when you hear someone like Evil Needle do it this well, it can almost feel a little jarring. I kept expecting to reach a point where I'd feel like the music was good, but a little boring and predictable, but it never happened. For one, Evil Needle keeps things concise, with five fully formed songs that all work really well, but then he peaces out before he gets stale. For another, Evil Needle takes the time to really develop each song, establishing some really sexy grooves, catchy melodies, and really lush instrumentation that fills up your stereo. It's the type of music that just makes you want to forget about the rest of the world, if only for a moment, and just feel the warmth of Evil Needle's production.

Lost Tape is a great producer just getting back to the basics and pumping out some high quality instrumental hip hop. Evil Needle is a really talented musician, and he shows us that even a “simple” project like this one can be really fulfilling. 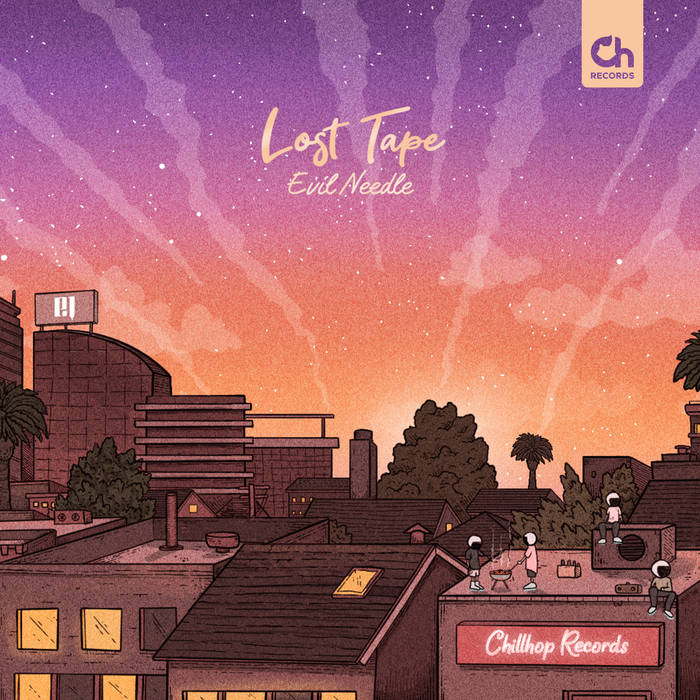