dubldragon. is the Bay Area duo consisting of emcee Skeptik and producer Danny G. They hit the ground running in 2014, when they released their self-titled debut album and began touring extensively. That said, for all of their live shows and guest spots, it's been over three years since their last full-length album, Y Wulvz? Well, the wait is finally over, because Macroforms is here.

The idea behind Macroforms comes from the works of William Gibson, author of Neuromancer, who is widely credited with pioneering the subgenre known as cyberpunk. What this means in practical terms is that Skeptik is getting on the mic to discuss topics of humans’ place in the universe going forward. Will we keep proceeding to digitize everything? Will we continue to deplete all of our resources? These are interesting questions to ask, and they give us plenty of food for thought. Where the album becomes especially interesting, though, is that the group balances this focus with some deeply personal subject matter as well, such as the focus on mental health on “Case.” It helps to anchor the hypothetical and philosophical with these personal narratives, to give you some substance to grab onto as a listener. It also helps that Skeptik is able to strike a good balance in tone over the course of the album, knowing when to get serious and when to get sarcastic and lay down some cutting social criticisms. Production-wise, Danny G is bringing a lot of different influences to the table, with lo-fi electronic music, alternative rock, punk, and folk all being filtered through a hip hop lens. The whole thing comes together to create a really well-balanced album that covers a lot of ground over the course of fourteen tracks.

Macroforms is an excellent next step for dubldragon., bringing together all the different aspects that make the group special. They've got excellent chemistry together, and they've made an album that showcases both of their talents and pushes each other just a little outside of their comfort zones. 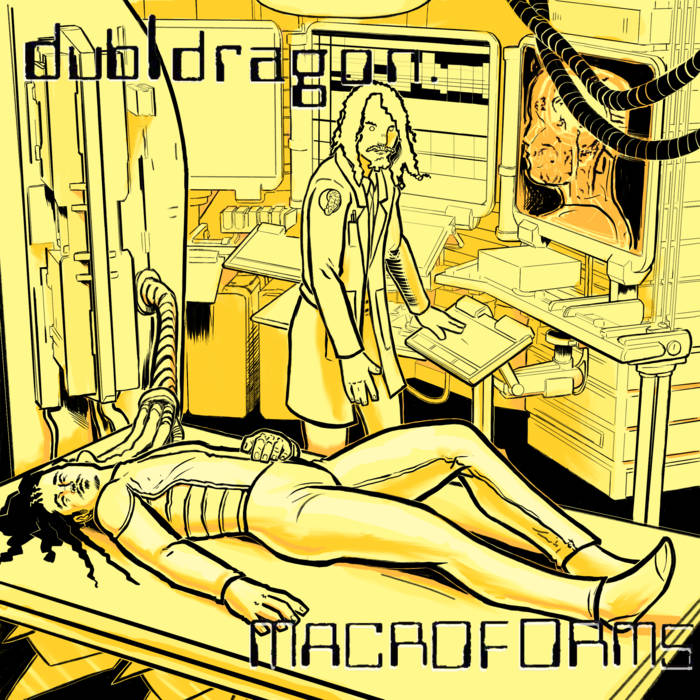